Inflation Is Here to Stay

At the end of July, I wrote to you and warned that we could not take Federal Reserve Chairman Jerome Powell at his word.

When Powell was assuring us that the recent increase in the rate of inflation was “transitory,” I already had rock-solid evidence to the contrary. 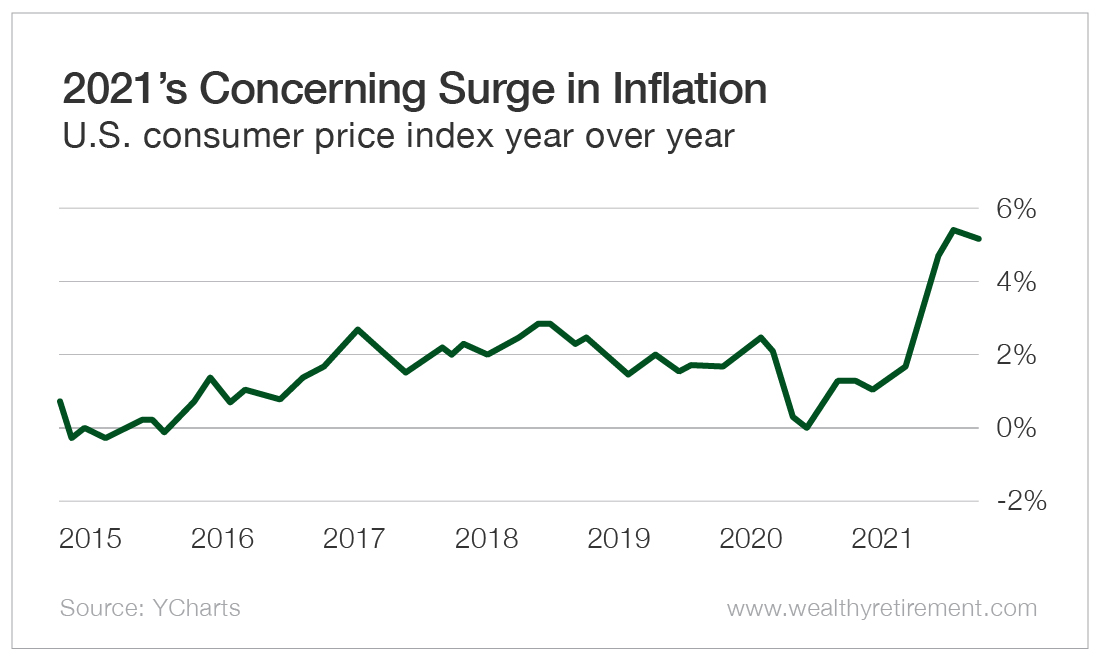 Let’s revisit what I wrote on July 29 because it’s important to understand:

My concern about increased inflation stems from the cost of shelter, which includes the cost of homes both for sale and for rent.

In the consumer price index (CPI), owner-occupied shelter is covered by what is known at the owners’ equivalent rent (OER) metric.

This is an estimate of what American homes could be rented for.

The consumer price index doesn’t factor in actual housing prices. Instead, the OER attempts to capture the change in a homeowner’s estimated proceeds from renting their dwelling.

Either way, the cost of a house eventually gets reflected in what it can be rented for. If house prices go up, so will rents.

In the consumer price index, the OER is a major component, representing 23.7% of the index.

Another 7.6% of the CPI is tied to the actual rental rates on primary residences.

Together, these two items mean that a full 31.3%, or nearly one-third, of the CPI reading is tied to housing rental rates and estimated rental rates.

Yet in June, when the headline CPI number was 5.4%, the OER and rent increase portion of the reading came in considerably lower at only 2.6%.

That means the cost of shelter actually kept the June CPI inflation number from being higher than 5.4%.

That is surprising given that we have all been watching housing prices explode higher.

With housing prices skyrocketing, and with housing representing one-third of the CPI reading, I believe our headline inflation number is headed higher.

Now, a month and a half later, I’ve discovered a note written at the end of August by the Federal Reserve Bank of Dallas that confirms my exact hunch!

I won’t bore you with too much of the “Fed speak,” but here is its conclusion (the bolding is where it overlaps with my own):

The rates of the increase reached in late 2023 for rents and OER would be the highest in more than 30 years. CPI data yield similar results.

The OER and rent represent almost 30% of our main inflation measuring stick, the CPI.

Where OER and rent go, so too goes our CPI reading.

What we have here is the Federal Reserve Bank of Dallas itself telling us that as far out as 2023, this 30% weighting in the CPI is going to register a 6.9% year-over-year increase.

I’m willing to bet that it went with the lower end of what it thinks is reasonable.

And we’re supposed to believe that current inflation is transitory?

This Is Simple Cause and Effect…

Buckle up, folks… Inflation is here to stay awhile, and it’s no mystery why.

Just look at the chart below.

The Fed’s balance sheet is now nearly eight times where it was going into the financial crisis. 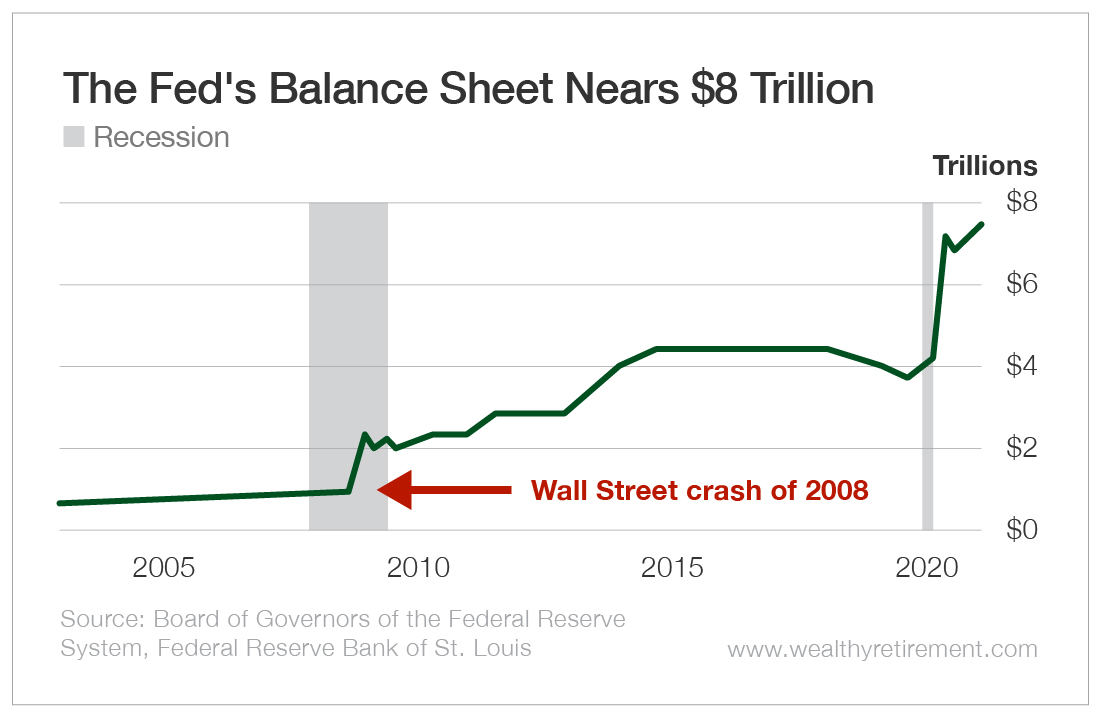 We all thought the Fed’s response to the financial crisis was dangerously inflationary.

But the response to COVID-19 makes the ballooning balance sheet of the financial crisis look as adorable as the bunny rabbits that sneak into my backyard!

Clearly, the risk of inflation spiraling out of control is higher now than it has ever been in my adult life.

We know that some real-deal inflation has returned for the first time in years.

The only question is this: How bad will it get?

This article was originally published by Wealthyretirement.com. Read the original article here.
Previous Post Do you care about the mental health of your community?
Next Post Yvonne exercises her way to health at Havenwood of Buffalo