MY MOM HAS ALZHEIMER’S – WILL I GET IT TOO? 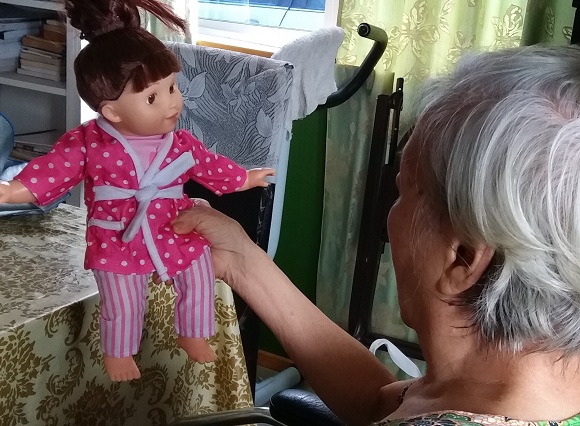 My mother first showed signs of Alzheimer’s Disease probably as early as 2008. She was 82 then. She couldn’t remember dates, places and names of family members. She couldn’t tell one day from another, and forgot what she just had for dinner or where she had left her purse.

That was 11 years ago. I had not heard of Alzheimer’s Disease (AD) then. Like most people with elderly parents at home, I took these signs as part of the normal ageing process. It was commonly accepted that people turned senile (nyanyok) in their old age, so I wasn’t too concerned about it. It was only later that I discovered having AD is NOT part of ageing. It does not happen to every elderly person.

My mom would repeatedly ask the same questions even though I had just given the answers. It was almost impossible to hold a simple conversation with her. Her attention would drift off to some distant places in her memory. It was as if a mist had clouded the clarity of the moment. She was there with me but yet not there. I didn’t know then how to handle such a situation. 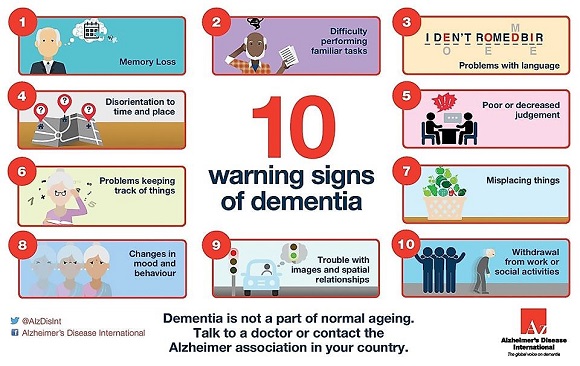 It took a fall at home and subsequent hip surgery for my mom in March 2011 before I learned about Alzheimer’s. During the ten days my mom was in hospital, her doctor noticed signs of the disease in her behaviour. He suggested I take her to see a geriatrician for a proper examination. A visit to see Dr Philip Poi at UMMC Specialist Hospital and some tests later confirmed my mom had AD.

Thus began my interest in reading up as much as I could about AD. In December 2013, I signed up for an online course on Living with Dementia: Impact on Individuals, Caregivers, Communities and Societies offered by Johns Hopkins University. In 2015, my passion to learn more about AD took me to Hogeweyk, the world’s first dementia village in Amsterdam. In 2017, I enrolled for MSc in Applied Gerontology at NTU, Singapore. At 70, I was the oldest graduand in the pioneer batch. I attended numerous conferences to learn about the latest developments in AD research and treatment. As my mom’s primary caregiver, I wanted to know how to provide better care for her. At the same time I could learn how to avoid ending up with AD myself. And as a blogger and founder of a seniors’ community, I could share what I have learned with others. 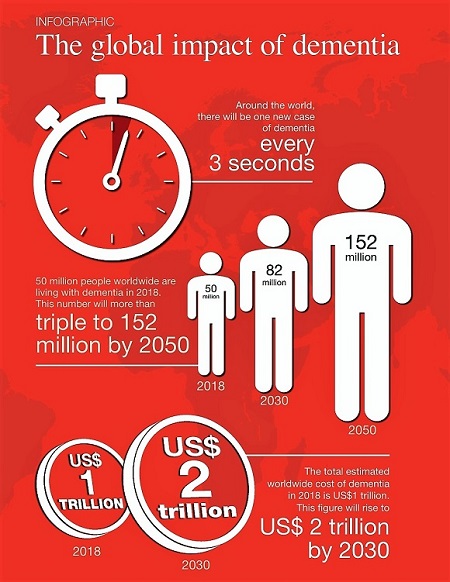 The statistics for Alzheimer’s are alarming. According to the World Health Organisation Report (WHO) 2019, there are currently 50 million persons with dementia (PWDs). This number is expected to increase to over 150 million in 2050. The World Health Organisation (WHO) 2014 report put the number of people in Malaysia with dementia in 2015 at 123,000. This number was projected to be 261,000 by 2030 and would continue to increase to 590,000 people in 2050. Alarming statistics!

What’s the difference between dementia and Alzheimer’s Disease? 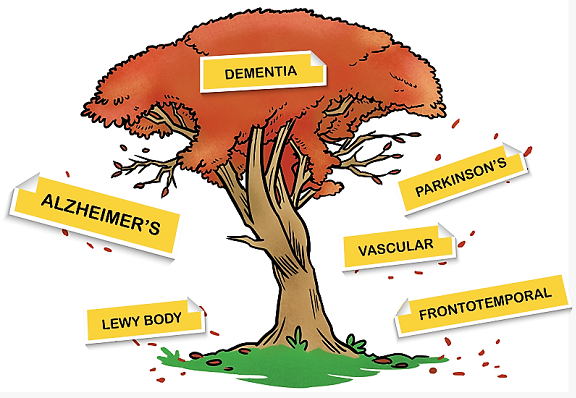 I have frequently been asked this question. Put simply, dementia is an umbrella term for a host of diseases that affect the normal functioning of the brain. Depending on which part of the brain is affected, diseases associated with dementia include Alzheimer’s Disease, vascular dementia, Lewy bodies (DLB) and frontotemporal dementia. The most common of these is Alzheimer’s Disease which affects mostly the elderly. However, early onset dementia affecting adults in their 40s and 50s is on the rise.


This is the golden question for me. Aside from my mom, my great grandmother probably had it too. When I was growing up in the 1950s I recall seeing her playing with a baby doll, and treating it as if it were her own child. Another time I saw her packing a few personal belongings in a sarong, and telling the family she was going to take a trishaw ‘home’, meaning China. These incidents are etched in my memory. I have at least four members in my extended family who were diagnosed with dementia (AD) in their final years.


Like my mom, one of my aunts also showed signs of behavioural changes in her old age. She would accuse everyone of conspiracy, of hiding her passport and stealing her money. All not true, of course. But when she told me so-and-so had stolen her valuables, I believed her. It was only later when she was diagnosed with AD that everything she said and did began to make sense.

Does that put me at risk? Yes, but at risk does not mean 100% or even 30% certainty. I may or may not develop AD. There are preventive measures I can take to reduce the risks, such as exercises and activities that promote brain health and cognitive functioning.

I am very forgetful. Is this a sign of early Alzheimer’s Disease?

All of us are forgetful, some more than others. How often have we forgotten where we parked our car, the name of someone we have just been introduced to, or the lyrics of songs we used to sing? We refer to these lapses of memory as ‘senior moments’. Red flags of AD include repeatedly forgetting recent events and confusion in retrieving them. This Mild Cognitive Impairment (MCI) or lapses in short-term memory may signal early Alzheimer’s. Over time as the disease progresses, these memory lapses can potentially have serious consequences. My mom would forget to turn off the gas completely after cooking, forget to lock the front door when she left the house, or forget whether she had taken her medication. The latter could have resulted in a drug overdose. My mom also had mood swings, an obsession with collecting tissue paper and was prone to wandering around the house at wee hours of the morning.

We often read in the papers of a missing elderly who later turned out to have forgotten how to get home. There are no statistics on the number of such cases in Malaysia. The Japan Times (June 2019) reported that a record 16,927 dementia patients in Japan went missing in 2018. Alarming indeed. Do not leave an elderly unaccompanied especially in an unfamiliar place e.g. a busy hospital or a noisy mall. My mom had on several occasions stopped midway to our neighbourhood supermarket, unsure whether she was heading in the right direction despite having walked there countless times before. Confusion with directions is common in PWDs.

Can Alzheimer’s be prevented?

Thanks to Google and the efforts of the Alzheimer’s Disease Foundation of Malaysia (ADFM) over the years to educate the public, we now know more about AD. Not everyone develops the disease in their old age. There are people in their 80s and 90s whose minds continue to remain sharp.

At present there is no cure for AD despite what we read in the media, from coconut oil to ayuvedic treatment. Prescribed medicines for AD can only slow down the progress of the disease at best. Most of the drugs, e.g. memantine, have side effects. AD is a degenerative disease that can span many years, ultimately ending in death. I have watched my mom slowly change from a lively chatty woman to a shadow of her former self. After suffering a mini-stroke in February 2019, she lost her ability to speak, and her memory completely left her. She did not know who I was nor did she even ask. She would sit in total silence, in a world of her own where visitors were barred from entering.

When my mom was discharged from hospital after her second surgery, she was prescribed expensive drugs by one doctor after another. After several years of seeing little improvement in my mom, and on the advice of a doctor friend, I decided to stop all the medication. My mom remained mostly drug-free till the last couple of years after her stroke when she had to take prescription drugs as and when needed. In general she maintained a hearty appetite and slept well  That was good enough for me. 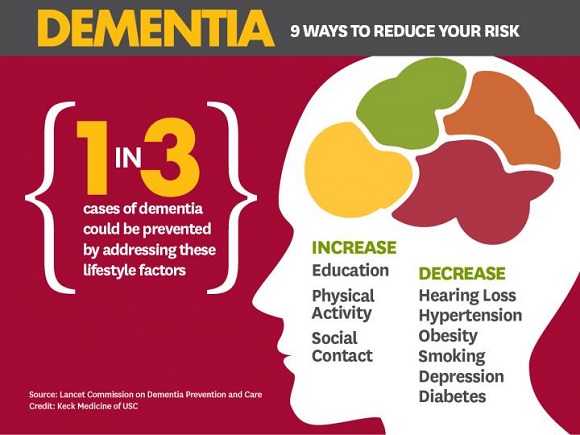 Here’s what I would like to share from what I have learned and practised. Preventive steps for dementia do not cost much money. Follow a regular exercise regime and adopt a healthy diet. Monitor your sugar level, blood pressure and weight. Keep your brain actively engaged with mental stimulation such as learning a new language or a new skill. Travelling broadens the mind, so go on trips whenever you can. Finally, build a network of close friends and avoid social isolation.

What preventive measures do I take?

As I am at higher risk than others of getting Alzheimer’s, I make sure I stay active physically and mentally. I have always been active, interested in and curious about a lot of things. I read a lot, especially on ageing-related issues. I write a lot too. Curating for news and events to share on Facebook keeps me mentally busy daily. These activities stimulate the brain. That is why I enrolled for my second masters degree at a late age. I also took up singing, line dancing and learned to play the ukulele. Memorizing lyrics, dance steps and ukulele chords helps to stimulate my brain cells. I have been attending courses offered by the University of the Third Age (U3A) since 2011. Lifelong learning keeps the brain well-oiled and the social connections I make will hopefully keep AD at bay. ‘Never too old to learn new things’ has become my mantra for living life with a positive mindset.

If you are curious to know whether you or a family member has early AD, you could try taking the Mini-Mental State Examnation (MMSE). It is a popular test for cognitive functioning, and includes tests on memory recall, language and focus. There is even a Malay version. The scores will provide an indication of whether the person has any cognitive impairment. As it is only a simple diagnostic test, it should be followed up with a visit to the geriatrician for a full examination.

When the pandemic SOP allows it, drop by at ADFM community corner at Wisma Atria, PJ, to find out more about AD. There are weekly group activities there for PWDs (persons with dementia) and their caregivers.

(The above article was first posted in Nov 2019. It has been updated after my mom passed away in February 2021. Her journey with Alzheimer’s lasted eleven years from her diagnosis. I am glad most of those years were relatively happy ones for her.) 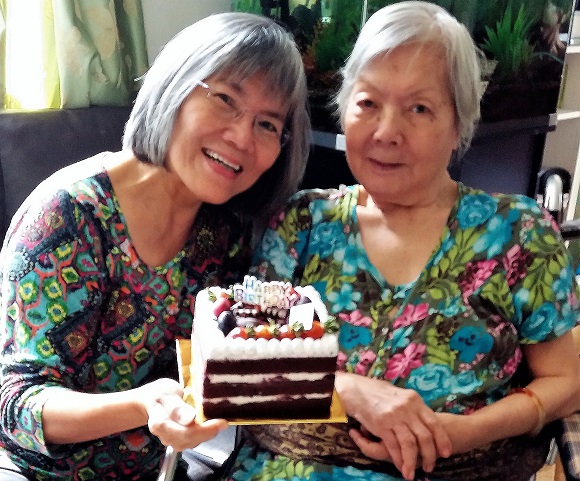