WHY I MADE ‘MENITI SENJA’ – BFM PODCAST 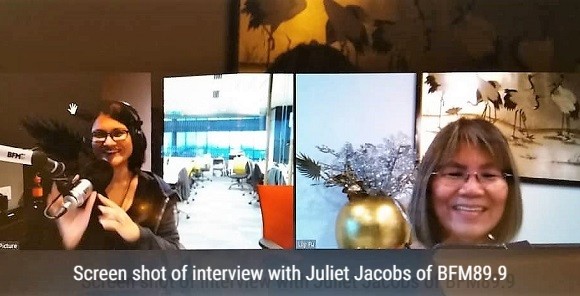 The interview was conducted over Zoom on 7 Dec. The podcast was up on BFM website the next day at 2pm. It gave me an opportunity to talk about my film ‘Meniti Senja’ which would premiere on 10 Dec as the opener of the 18th Freedom Film Festival 2020.
The text below is taken from BFM website.

Come 2056, Malaysia will be a “super-aged society”, with over 20 percent of its population above the age of 65, according to a recent study by The World Bank. On the show today, we first explore the new challenges that Malaysia will face, as a super-aged society, before honing in on a specific challenge – aged care. For this, we speak to local first-time filmmaker, Lily Fu, whose film Meniti Senja focuses on Malaysian seniors who have been abused, exploited and abandoned in their twilight years.

This film is being screened as part of the FreedomFilmFest, the international human rights documentary and social film festival, which will be held online this year, kicks off from the 10th, and will run until the 13th of December. There are loads of other film screenings, which will also explore the theme of being “the other.” For more information, do head to freedomfilm.my.

To listen to the podcast, click on this link below:

Years ago, a friend of mine asked me for a stock recommendation or two. “I need to make some…