More than a job: Tarek’s 32 years of integrity and service at the Health Center 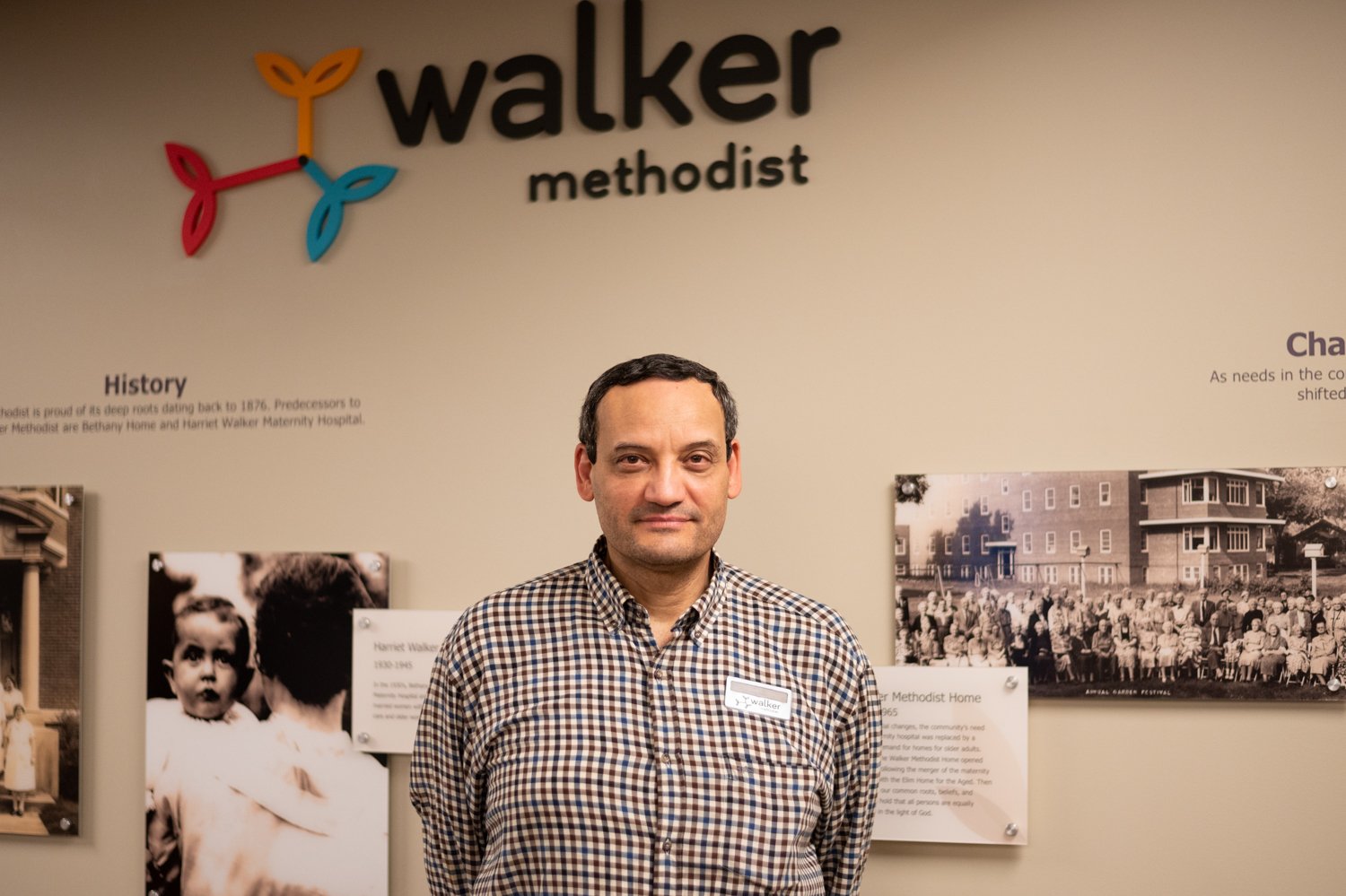 More than three decades ago, Tarek walked into the Health Center’s lobby and applied for a job. He started later that week, and since then his 32-year career has been marked by integrity.

Tarek’s journey to Walker, though, started thousands of miles away in Cairo, Egypt. Growing up, Tarek cared for an elderly uncle, helping him with everything from business management to making coffee. For most of his childhood, Tarek spent his days with his uncle and learned many life lessons––until he was 19. After finishing mechanical school in Cairo, Tarek moved to the United States with his younger 11-year-old brother to join their mother. One year later, Tarek’s uncle passed away, but the impact of that relationship has stayed with him ever since.

Years later, Tarek had gotten married and had also worked a variety of jobs, including construction worker, firefighter, and chef. But he realized he needed a change and told his wife he’d like to work in a senior living community. “We lived near the Health Center, so she came with me and asked for an application,” he explained. “We sat in the lobby, I applied, and someone came to interview me that day. They asked me to start on Thursday.”

Tarek began in the housekeeping department, but his supervisors quickly discovered he could fix just about anything. So, they bought him a toolbox and gave him a promotion. Now, Tarek is a floor care supervisor, leading a team of three others. You can’t often find him in his office, though. Tarek would rather sweep and scrub floors, fix machines, and clean kitchens. “When I wear my nametag, I represent Walker. And I don’t want people to know the difference between me and the people I lead,” he said. “I believe a team will never be good if the leader isn’t trying to be a good example.”

Tarek’s good example has impacted those closest to him: his family. All of his children––four girls and one boy––have followed in their father’s footsteps of helping and caring for others. Tarek credits his children’s decisions to work in senior living to the positive difference Walker Methodist has made in their family. “Walker helped me raise my children and care for my family,” he said. “I love my job, and I love Walker Methodist as a company. In my culture, when someone gives you a job that means they give you a life.”

When he comes to work each day, Tarek is never bored. In fact, “boredom” is a foreign concept in his culture and faith. “I’m never bored because I always want to help others,” he elaborated. “When I’m going to sleep at the end of the day, I ask myself, ‘Did I help anyone today?’ because I don’t know when my last day will be.” In his own words, Tarek’s favorite people to help are the older adults at the Health Center.

“They are beautiful human beings, and I am so proud and happy to help them.”

“I remember how I served my uncle, and I know I want to be involved to make residents feel happy. My job is not just a job. I want them to know I am here to help,” he said. “They are beautiful human beings, and I am so proud and happy to help them.”