From boxing coach to bus driver: Del Bravo gives back after retirement 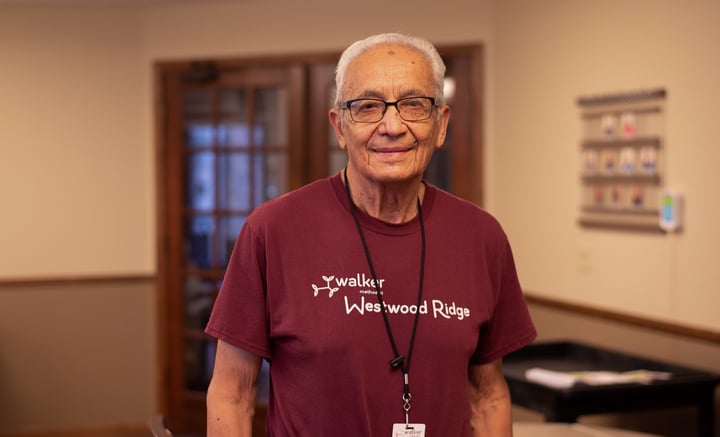 Del Bravo knows a thing or two about boxing. As the oldest son of his parents’ 14 children, he took an interest in boxing because it was an affordable activity. Leaving school in 11th grade to help his family, Del worked a variety of jobs yet still made time for his sport. Soon he won a Golden Glove tournament and did a few professional fights. Then he was a coach for 15 years, taking teams to national tournaments five times. He was a good coach––good enough to be invited to train boxers for the Olympics. Del’s job didn’t allow him to take time off, but he continued to coach locally. In 2004, he was inducted into Mancini’s Sports Hall of Fame in St. Paul. 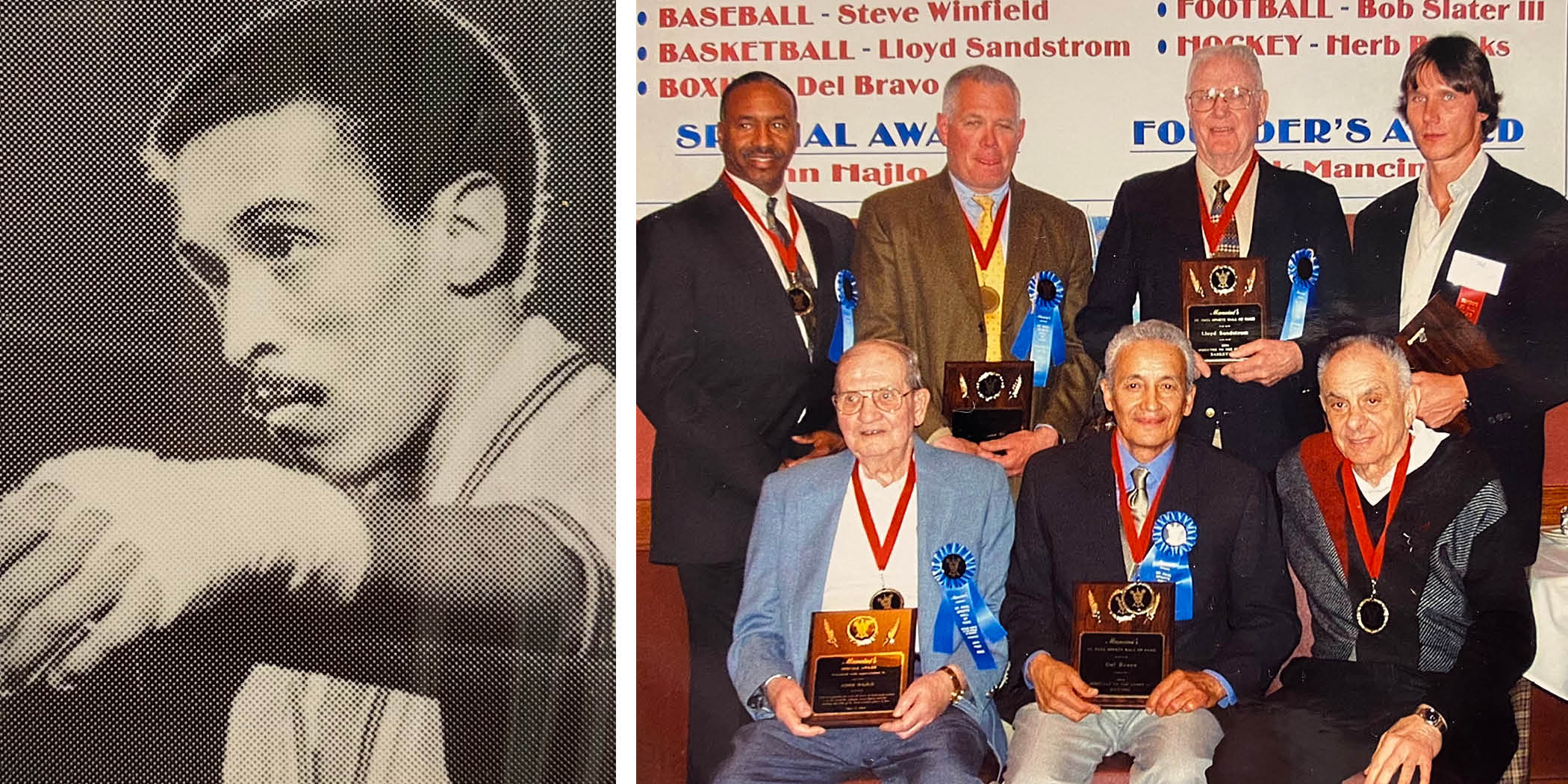 “Boxing is an imitation of life,” said Del. “You have to learn how to take defeat. If you go down, you’ve got to get up and keep going.” Now, Del helps those around him get back up and smile in the metaphorical ring of life.

Del retired in 2001, but he saw an ad for a job that interested him: Walker Methodist Westwood Ridge in West St. Paul was looking for a bus driver. He took the job in 2015, which he now calls his ministry to others. “This has been one of the best experiences of my life,” he shared. “I get to interact with people, encourage them, and change the ambiance of a room.” And Del will be the first to tell you it’s not a one-way street… Residents and team members at Westwood Ridge return the love and friendship Del so generously gives them.

With the COVID-19 pandemic came a change in Del’s role. Outings and activities paused, so Del’s bus was temporarily parked. Del, however, did not take a break. Instead, at age 85, he jumped into action to help in other areas. He stuffed mailboxes, worked with maintenance, assisted the concierge, prepared for birthday parties, and much more. Del even uses his breaks to help others, visiting patients in the transitional care unit (TCU) or answering residents’ questions.

“Del’s dedication, flexibility, and impeccable work ethic runs throughout the building, literally,” said Danielle, life enrichment director. “He is always fast on his feet. If he is not taking residents on outings, to the grocery store, delivering mail, or going door-to-door with the activity cart, or helping the maintenance tech and concierge… He’s winning the hearts of all he meets with his witty, fun, and loving personality.”

In his own words, Del’s best job is the one he started after retirement. “I’m here because I want to contribute to the wellbeing of others,” he explained. “The leaders here are people of service. They care, work hard, and lift people up. This job gives me purpose.”

This article was originally published by Walkermethodist.org. Read the original article here.
Previous Post European Stocks Are Selling at a Record Discount
Next Post How Gratitude Improves Your Financial Well Being (and Health Too): Happy Thanksgiving!

Being Aware Is the First Step to Action