The Megatrend to Invest in TODAY

Imagine going back to 2009 and asking yourself whether the percentage of retail business done over the internet would grow in the coming years.

I bet 99% of people would have answered yes to that question.

I certainly would have.

But did I do anything with my portfolio to position myself to profit from that apparent and massive growth trend?

No, I didn’t, and it was a terrible mistake.

The chart below shows what I missed out on. 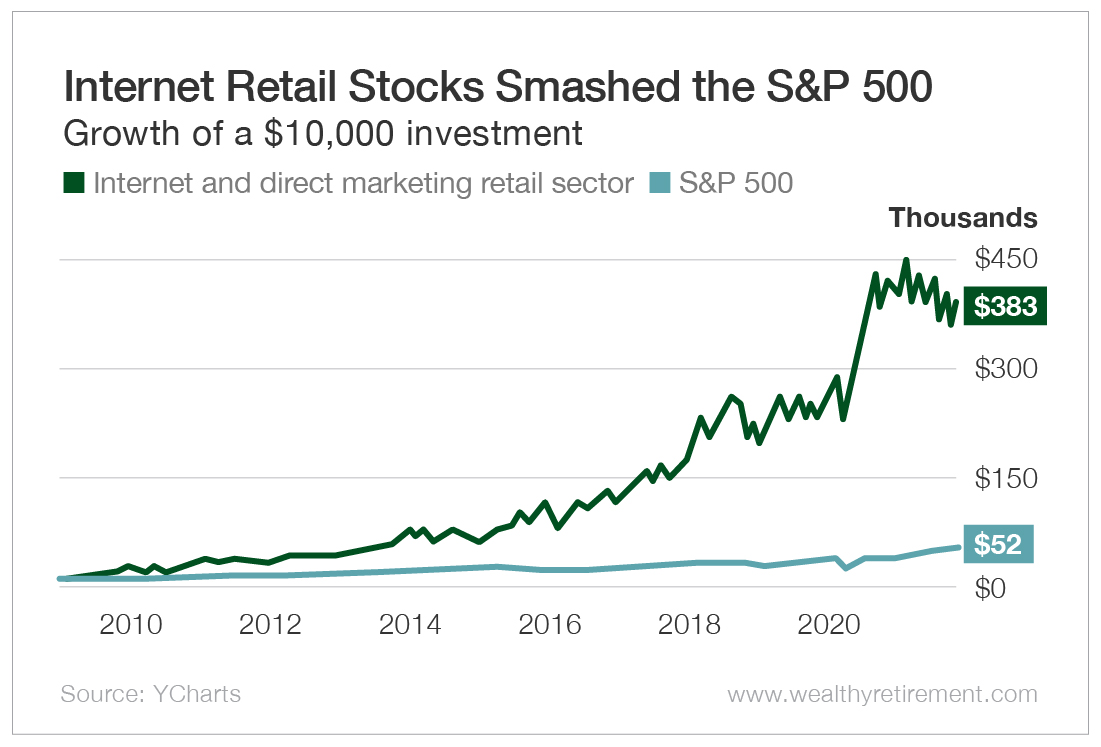 It compares the growth rate of internet and direct marketing companies with that of the S&P 500 since the beginning of 2010.

But a $10,000 investment in companies positioned to benefit from the growth in online commerce grew to more than $380,000.

Hindsight is 20/20… But still, I don’t understand how I missed this online commerce boom.

In 2009, there was no doubt that online retail had years and years of growth ahead of it.

Missing this megatrend was a terrible mistake.

I won’t make the same mistake again, and neither should you.

Within days of each other, two of the richest people on the planet pointed us to the next megatrend opportunity.

Though it would be more accurate to say they pounded the table on it with a sledgehammer.

The megatrend we’re talking about is climate technology.

Larry Fink, chairman and CEO of BlackRock (NYSE: BLK), said that he believes the next 1,000 unicorns – meaning companies with a market valuation of more than $1 billion – will be businesses that are focused on climate technology.

This includes companies in agriculture, hydrogen, steel and cement that are at the forefront of green initiatives.

The math almost broke my calculator, but if 1,000 billion-dollar companies are created in this area, it would mean that $1 trillion in market value will be created.

Fink’s rationale is that climate change is going to force almost every industry to reinvent itself. The companies that enable industries to do so are going to make a fortune.

His view is worth listening to considering that a truly absurd $10 trillion worth of assets is under his watch at BlackRock. Fink is considered by many to be the most powerful man in finance.

But if you aren’t sold on Fink, this will probably do the trick…

Gates thinks climate technology is going to create an astounding amount of stock market wealth in the coming years.

Tesla is a trillion-dollar company now, folks. The others mentioned are even larger. 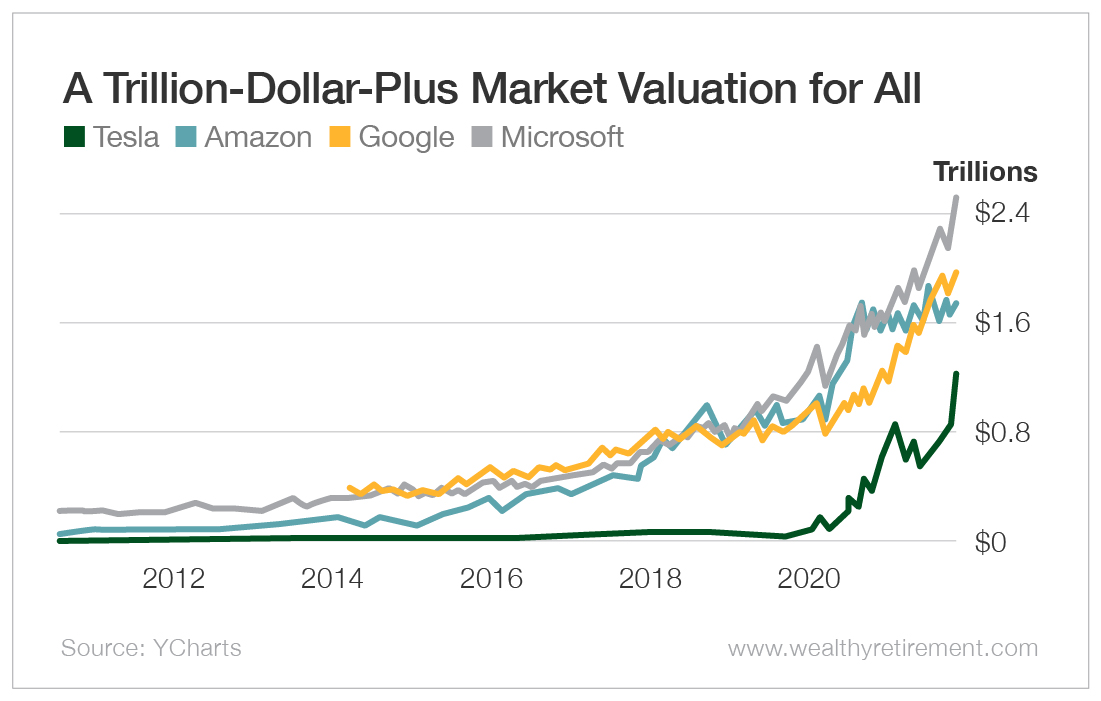 If Fink and Gates are correct, the opportunity within the climate tech sector is going to be huge over the next 20 years.

We can’t miss out.

Just imagine… Getting in on this trend now is like investing in Amazon back in 2009. All we need is one company like Google, Amazon or Microsoft – at the beginning of its growth surge – in our portfolios to change our wealth forever.

While Fink and Gates may see the potential in this sector, the average investor is still relatively in the dark about the best way to play this. And if they are playing it, they’re likely invested in severely overvalued companies.

Finding the companies that are going to be the huge climate tech winners won’t be easy. It will require some patience.

Gates admits as much. He says that investing in this sector is similar to the early days of investing in the internet – for every big winning stock, there will be many more that get washed away and become worthless.

Profiting from this opportunity will require a widely diversified approach.

I’m now on the lookout for the best exchange-traded fund or index fund that can help us profit from this megatrend opportunity.

When I find one that I like, you will be the first to know.