Six Reasons Madrid’s Prado is the Best Museum in Europe 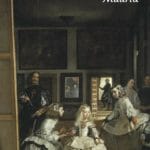 A great museum is one that has great works, ones that stand out. Ones that make up the high points of a university Art History survey course lecture. The memorable ones. That’s Madrid’s Prado.

I haven’t been to every art museum in Europe, but I’ve been to many. There are a lot of good ones: The Uffizi in Florence, The Vatican Museum in Rome, The Louvre in Paris, The Rijksmuseum in Amsterdam. They all have at least one work, and usually several, that rank among the best in the world. But my favorite is the Prado in Madrid.

First, a little history. A very little. The Collection of the Prado is just that: a collection. It was assembled (mostly) over a period of time that coincided with the height of Spanish power, and was a personal project of three of the greatest Spanish kings: Carlos I, Felipe II, and Felipe IV.

In particular, Carlos I was a big fan of Titian. Felipe II was a dedicated collector, and Felipe IV gave his court painter, Diego Velazquez, a blank check and sent him all over Europe to purchase the best paintings he could find.

All of this, plus the acquisition of the best Goyas later, make the Prado an international collection compiled by people of impeccable taste, rather than, as in the case of the Uffizi and Rijkmuseum, the happy accident of an extremely talented local base. Or, in the case of some other museums, whatever a conquering despot could carry off.

So, the Prado ends up with not only the best Spanish works by Velazquez, El Greco, Murillo, Zurburán, and Goya, but also Titian, Rembrandt, Rubens, Van Dyck, Durer, Bosch, Rafael, Bruegel, Fra Angelico, and Caravaggio.

But, as I said above, what makes a museum really special is when it has several paintings that just stop you in your tracks and make you stare for several minutes. The Prado has more of these than most. These are my favorites.

Descent from the Cross, by Roger van der Weyden

This is the painting I go to first whenever I go to the Prado. I first saw it in 1975, and it’s attraction has never waned. I head right for it when I come into the museum. (It helps that it’s in one of the first rooms right off the entrance.) And then I stand there and take it in, color by color, face by face, fold of cloth by fold of cloth. The technique and composition are impeccable, but what really gets me is the humanity as expressed by the fainting Virgin and the sad concern of the men. The figures in the painting are near life size, and that just adds to the emotion. It was originally painted as an altar piece, and so it had a proscribed size. The technique of fitting 10 figures into a sculpture-like composition in a confined space just makes this painting all the more amazing.

I simply love this painting, mostly because of the look on Dürer’s face of utter confidence, and maybe contempt. Confidence because he’s obviously an amazingly skilled painter. And contempt because he’s only 26 years old at the time he made this, and he’s looking down his nose at us mere mortals who have no idea yet of his genius. Gotta love the attitude. And, if you have any idea of whether Dürer could pull it off, you only have to look just to the right of this self portrait to his large format Adam and Eve that he painted about a decade later. He could back it up.

The Garden of Earthly Delights, by Hieronymus Bosch

The triptych allegory of Paradise on the left, Hell on the right, and the pleasures of life and sin than lead to hell in the center. This is one mad painting that rewards a long look at the detail of all three panels. It’s surrealistic 400 years before Dalí. You’ll need at least 20 minutes in front of this to even begin to look at all the contained images, and a lot longer than that to think of them. It will take you at least 10 minutes of waiting in the crowd that’s always in front of it until you can get to the front. Don’t give up your space until you begin to feel really uncomfortable thinking about the mind that created this. As a bonus, you can turn just to your right and see a lovely painting of the Holy Family resting on their way to Egypt, which will provide a serene counterpoint to the violence of the Bosch. Then, another three steps to the right is Pieter Bruegel’s The Triumph of Death, which will scare the hell out of you all over again.

The Prado is on our list of the best things to see and do in Madrid. If you are also into artistic architecture, but sure to check out the Seven Wonders of Spain. And, for the art of Spanish food, don’t miss the Madrid Food Tour offered by Devour Tours.

Las Meninas (The Maids of Honor) by Diego Velazquez

There has been so much written about this painting that I can hardly hope to add anything. It’s an extremely large painting, over 3 meters high and almost 3 meters wide (10 feet, 6 inches by 9 feet, 1 inch.) And that volume of space just lets the incomparable Velazquez both show off his position as Felipe IV’s court painter and his utter mastery of the form. The depth of perspective–the dog in the foreground, the triangular composition of the princess in white and her ladies in waiting, the courtiers behind them, Velazquez himself in front of his canvas, another courtier in a doorway, and, finally, the portrait of King Felipe IV and his queen reflected in the mirror on the wall. Just look at the way he handles the window light and how it illuminates the complex composition.

This Venus on a divan was either the Duchess de Alba or the mistress of Goya’s patron, Manuel Godoy. Either way, this is one of the most seductive paintings in the history of painting. It’s displayed right next to its companion piece, the Clothed Maja, but the difference is striking. The nude is so much more delicately and lovingly rendered than the clothed version. One could tell that Goya himself was deeply affected by her beauty. As are we. The painting was sequestered for years by the Spanish Inquisition, and we can see why. It arouses exactly the feelings the Inquisition imprisoned not only paintings for. Goya himself was spared only because he was able to convince them that the painting was a classical study, rather than an erotic tour de force.

As mentioned above, the Emperor Carlos I was a big admirer of Titian. And, it would not be an exaggeration to say that so were all Spanish painters from Valazquez to Goya. There are more than 40 works by Titian in the Prado. To me, this one could be the epitome of Titian’s command of color, composition, and emotion. Titian was probably the greatest practitioner of chiaroscuro, or the modeling of his subjects with light, especially how his figures subtly emerge from dark backgrounds. You can certainly see his influence in the Goya Maja Desnuda and the Velazquez Las Meninas cited above. Finally, a personal observation: this is one sexy painting, enhanced by the color technique, of course, but the look of Salome straight out of the plane of the painting at you – just after she’s seduced Herod and had John the Baptist beheaded – has to make you wonder what she has in store for you.

You can help yourself get ready for your own travels by reading our Get Started Planning Your Trip Now page.

We love traveling–with the right gear. We’ve gathered a lot of the stuff we use to make travel more pleasant and efficient all on one page. Shop our Travel Past 50 Amazon page to find our favorite gear. If you purchase something from the store, Travel Past 50, as an Amazon affiliate, may receive a small commission at no extra charge to you. Thanks.

This article was originally published by Travelpast50.com. Read the original article here.
Previous Post Podcast: David Blanchett — Guaranteed Income in Retirement
Next Post Should You Pay Off Mortgage or Invest?