Smaller Companies Have Been Mauled by the Bear

The Nasdaq has started the year with a bang!

Only a furious rally over the last two days of the month saved the tech-heavy index from the single worst January in its entire history.

Instead, the Nasdaq dropped “only” 8.98% last month, making it the second-worst January on record.

The top spot still belongs to the 9.89% drop in January 2008 during the dark days of the financial crisis. 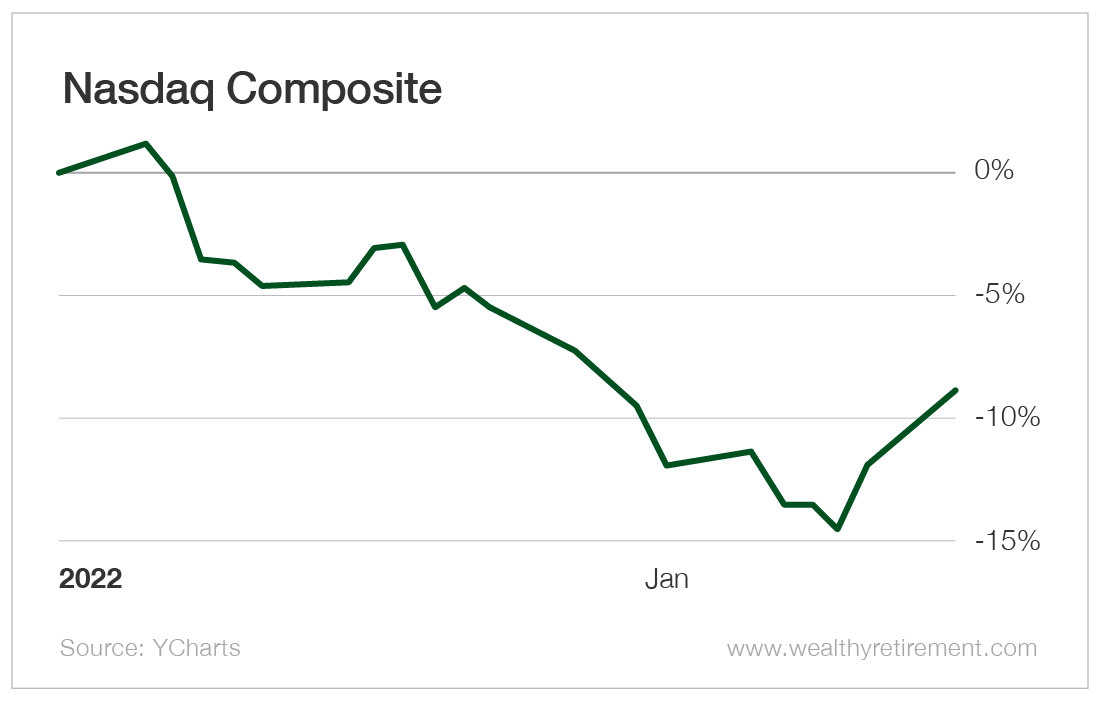 But that 8.98% decline doesn’t tell half the story.

Things are much worse than they look on the surface…

You see, the smaller companies in the Nasdaq have been absolutely destroyed.

Bank of America (NYSE: BAC) recently reported that an incredible 2,648 out of 3,682 stocks in the index have entered bear market territory, defined as a decline of more than 20%.

More remarkable, nearly half of the stocks listed on the Nasdaq are down more than 50% from their 52-week highs. 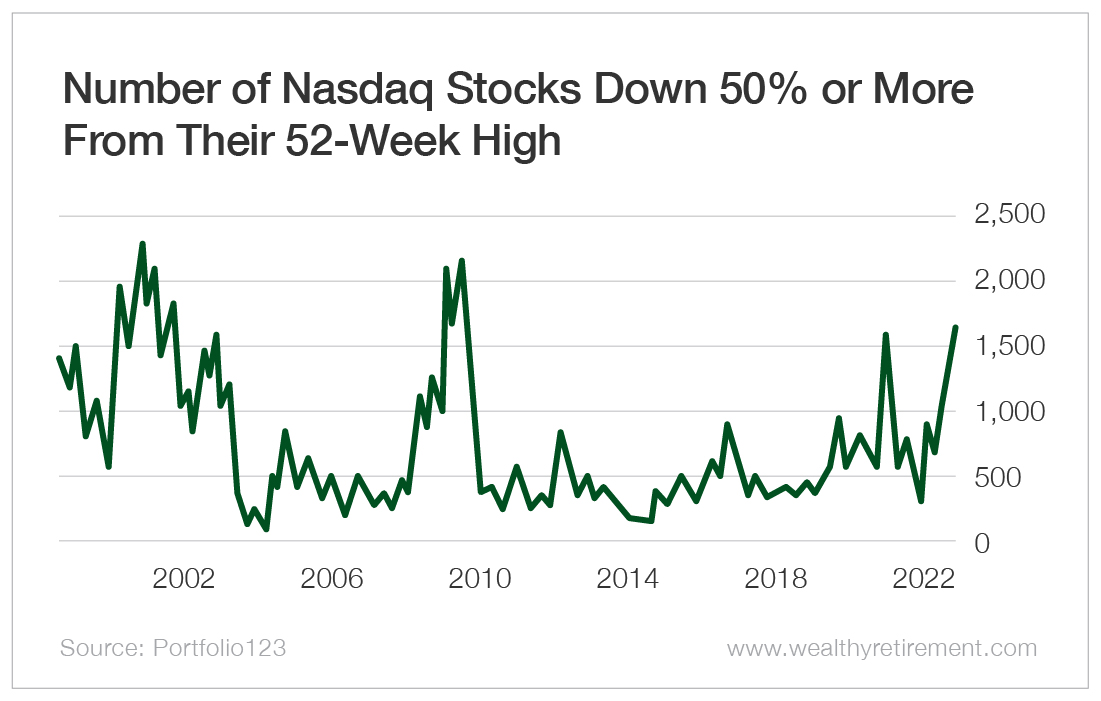 All of those occasions were epically turbulent.

And we’re not done yet…

The Russell 2000 Index, the most widely quoted measure of the performance of small cap stocks, is also showing some incredible data.

The chart below shows a recent breakdown of the Russell 2000 Index’s stocks. 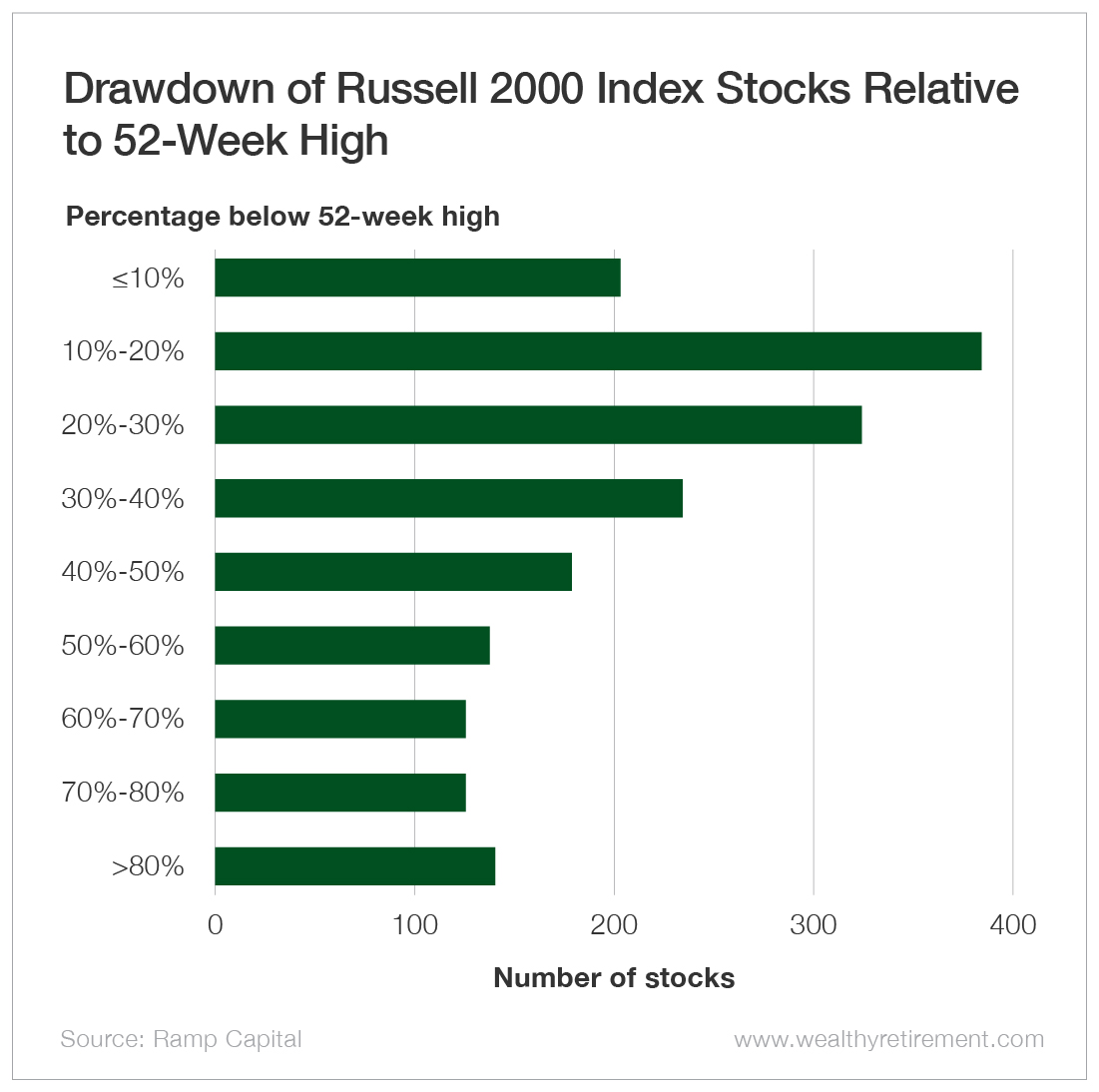 Most incredibly, there are more stocks in the index down 70% or more from their 52-week highs than there are stocks down less than 10%!

What is happening is the collapse in absurd stock valuations that I’ve been warning about for months now.

A perfect example of such a stock is Zoom Video Communications (Nasdaq: ZM).

I’ve been warning about Zoom’s dangerous valuation for a long time.

Zoom is just one of the many Nasdaq stocks that are down more than 50% from their 52-week highs.

So what do we do now?

We try to take advantage of this big crash in small cap growth stocks.

Some fast-growing companies are now priced very reasonably, with plenty more to join them.

There’s fear in this area of the market, and fear is the friend of the rational investor looking to buy stocks.

I’ve been scouring the market for ideas…

When you next hear from me, I’m going to point you to one group of stocks that I really think deserves your attention.