Growth stocks have taken a beating in recent months.

Last week, I wrote about how nearly half of the stocks listed on the Nasdaq are down more than 50% from their 52-week highs!

For months, I have been telling anyone who would listen to stay away from absurdly expensive growth stocks.

Now that the crash has happened, guess where I’m looking for new opportunities?

In other words, these are babies that have been thrown out with the bathwater.

Shares of the company are now down 70% from their peak almost a year ago. 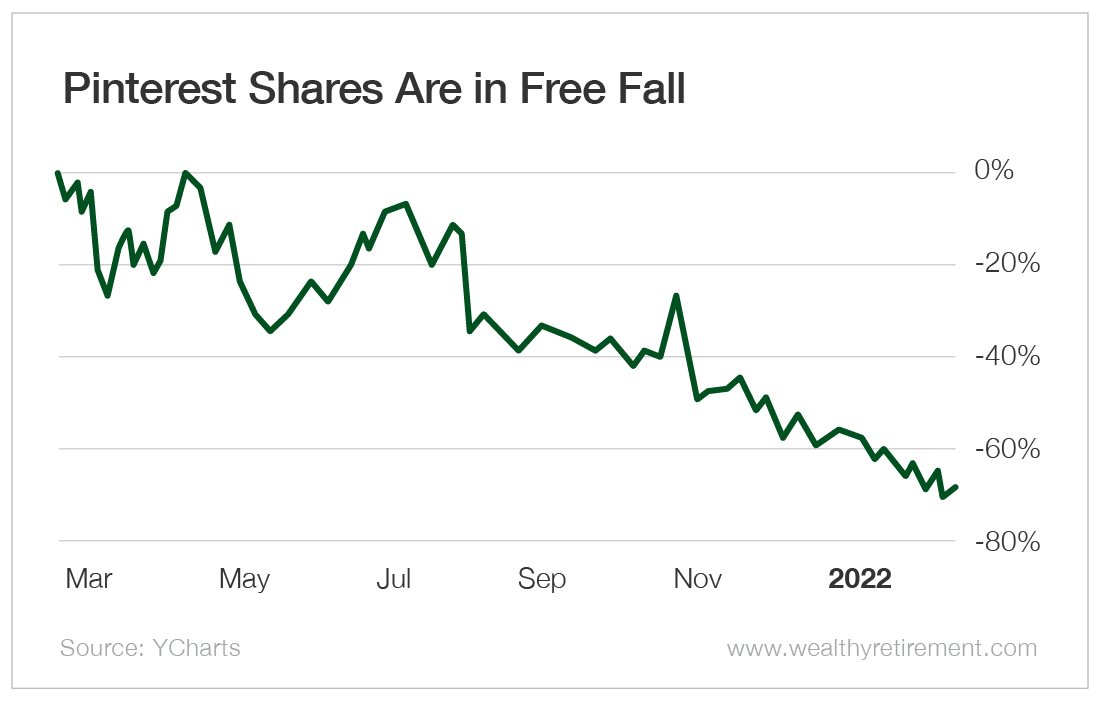 To be clear, a drop in a company’s share price is not a reason to buy in and of itself.

As investors, we must always consider how the market is valuing a company versus what we think the company is actually worth.

We can determine the market’s valuation of a company by looking at a company’s enterprise value (market cap plus total debt minus cash and equivalents).

At Pinterest’s current stock price, its enterprise value is $15 billion. 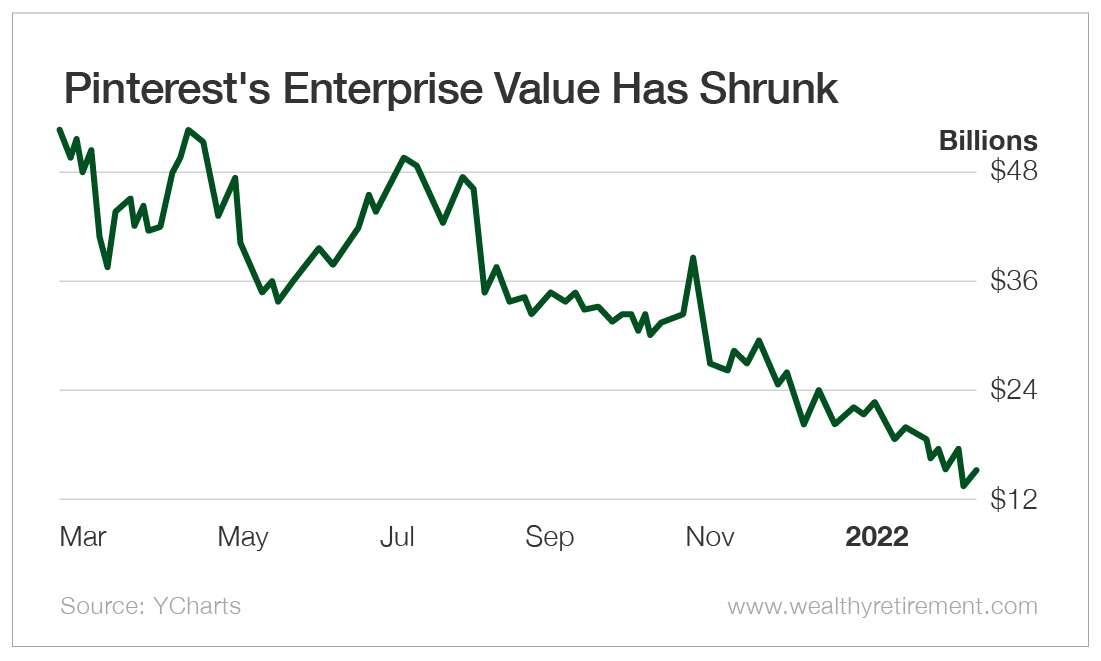 The question we must ask ourselves is whether Pinterest’s current $15 billion enterprise value is significantly less than the company is actually worth.

I’m inclined to think that it is.

With some 430 million active users each month, Pinterest is a social network where users interact by following each other and liking and commenting on each other’s posts, like Facebook and Instagram. Most people use Pinterest to find ideas for recipes, home and style inspiration, and plenty of other interests (hence the clever name).

Users share images of their interests on virtual bulletin boards, and there are billions of different “pins,” or bookmarks, on Pinterest.

In addition to Pinterest’s 430 million active monthly users, the social network derives its big value from the fact that 55% of its users are on the platform specifically looking to find or purchase something.

This high purchase intent rate among users makes Pinterest an attractive place for brands to advertise.

This differs from Facebook, Twitter and other social media platforms, where advertisements are typically annoying to users.

To prove Pinterest’s ability to attract advertisers, check out its soaring revenue growth. 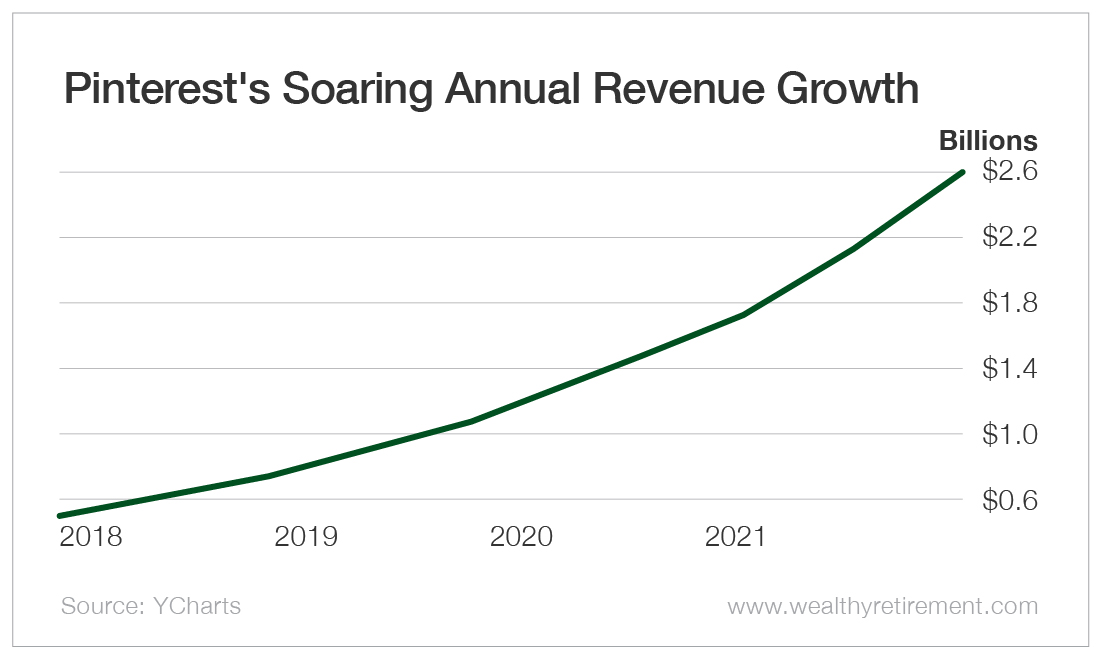 Now, about whether Pinterest shares are currently a bargain…

Last October, it was reported that PayPal (Nasdaq: PYPL) offered to buy Pinterest for $45 billion.

Prior to that, Microsoft (Nasdaq: MSFT) was also looking to acquire Pinterest at a valuation in excess of $50 billion.

These are two excellent reference points for what Pinterest’s true value might be.

Meanwhile, we can buy Pinterest shares in the market today while the company has a low enterprise value of just $15 billion.

That means both of the reported takeover offers are more than three times where Pinterest shares currently trade in the market.