Buy to the Sound of Cannons

War broke out in Ukraine on Thursday. That’s upsetting for all of the obvious reasons.

I don’t mean to minimize the suffering in Ukraine, but Wealthy Retirement is focused on helping you build and preserve your wealth and income, so that is what I’ll focus on in regard to the conflict. That being said, my thoughts are with the Ukrainian people and I hope for a quick and peaceful resolution.

The markets tanked in reaction to the violence. When things get scary, people reduce risk. It’s a natural reaction.

It’s not the first time it’s occurred, and it won’t be the last.

It makes perfect sense when you think about it. Markets often sell off hard when war begins, as investors scramble to the sidelines. That means more disciplined investors who buy at lower prices make money as the market returns to its normal state, which is up over the long term.

In fact, stocks often snap back after the initial drop on the news.

According to a study of 28 crises over the past 83 years, beginning with Nazi Germany’s annexation of Czechoslovakia and including events like Pearl Harbor, the Cuban missile crisis, the assassination of John F. Kennedy and 9/11, the market sells off for an average of 15 days for an average decline of 5.7%.

Once stocks bottomed, they returned an average of 13% over the next 12 months.

So where should you be looking to add to your portfolio?

What’s been happening lately, under everyone’s radar, is value stocks have been outperforming after more than a decade of growth leading the way.

Other than a short period in the summer of 2021, value has outperformed growth for a year and a half now, up 33% versus growth’s 23%. 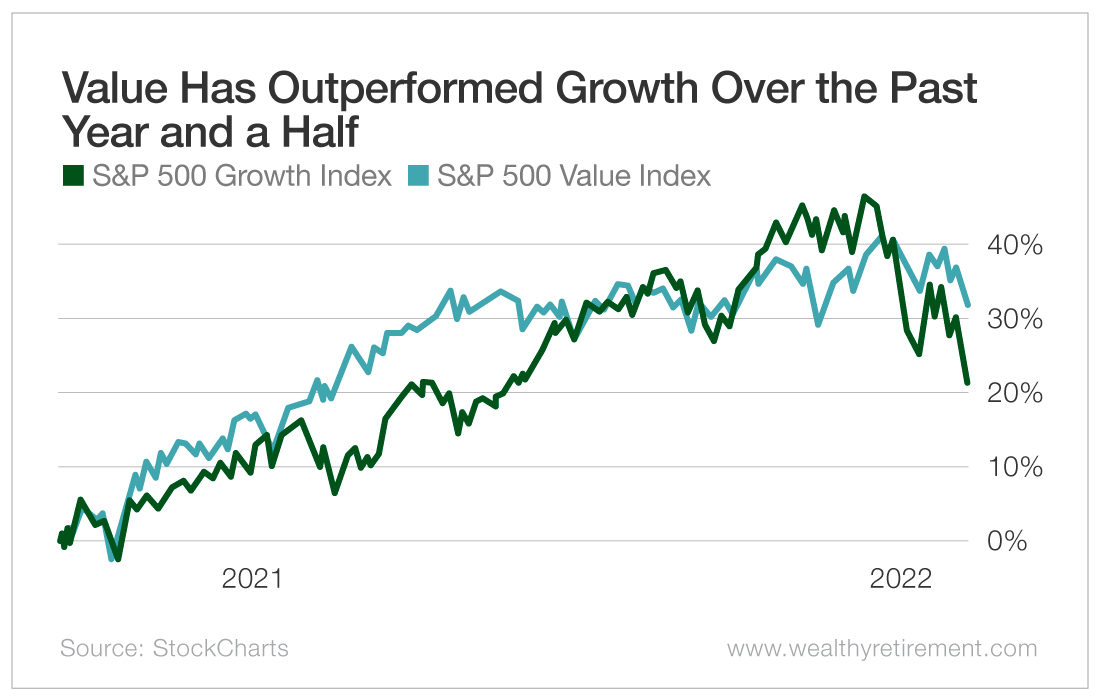 Over the past three months, while value hasn’t been immune to the difficult market, it is flat, whereas growth is down 13%. 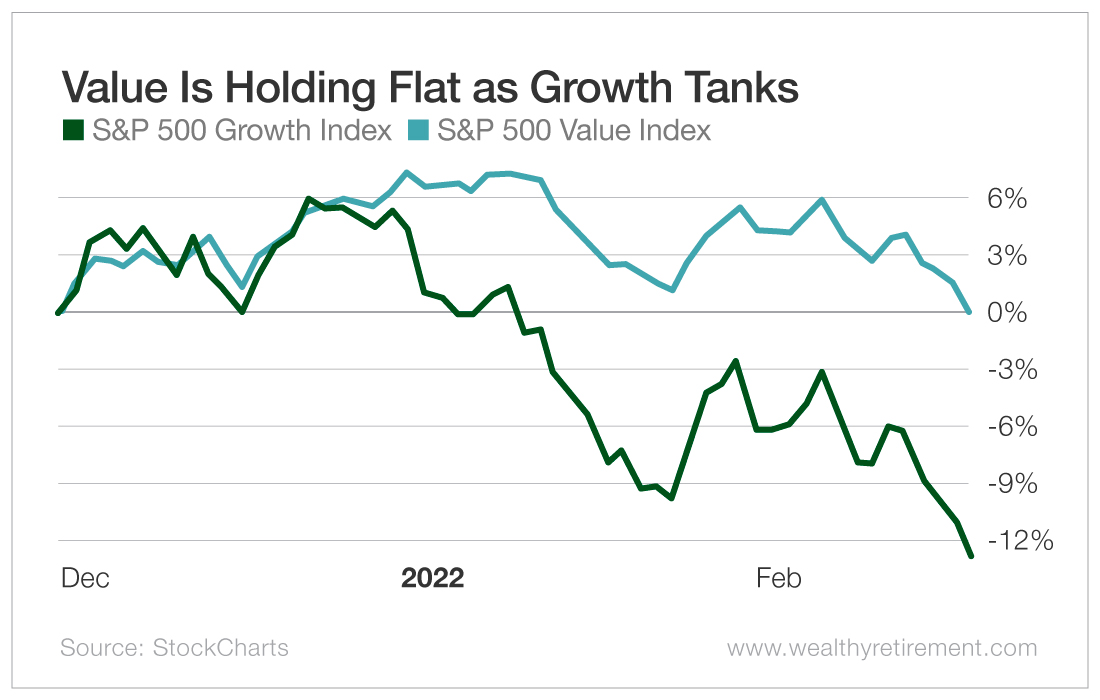 When the Going Gets Tough, the Tough Get Value Stocks

Meanwhile, value plays, like Mattel (Nasdaq: MAT), AbbVie (NYSE: ABBV) and British American Tobacco (NYSE: BTI), are higher year to date, while the S&P 500 is down around 10%.

Value stocks were asserting themselves before war erupted in Ukraine. They will very likely continue to outperform going forward as well.

Things are shifting in the markets. Make sure you’re in the right stocks. The high-flying growth stocks of the past decade haven’t been working for a while now. Value stocks are what will build your portfolio in the coming months and years.