Cleaner and More Reliable Than Renewables

I’m bullish on the price of uranium.

Right now, the price of natural gas in Europe is more than seven times higher than it is in the United States. 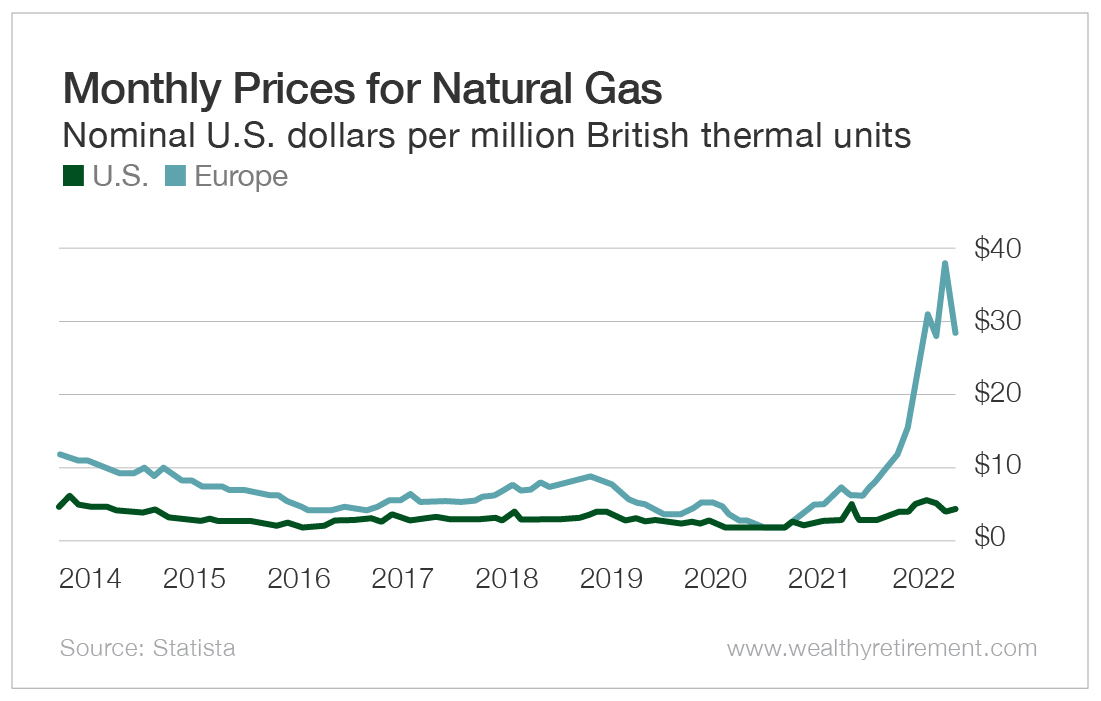 You can’t hamstring your economy and people with energy costs that high.

This is a self-inflicted wound that started bleeding in the middle of last year.

Across Europe, the largest countries have gone “all-in” on renewable energy.

Most of the world has plans to move to renewables as fast as possible.

The problem is that renewables like solar and wind aren’t even close to being able to handle demand.

And since we lack the battery storage capability needed to harness enough energy from renewables, we must still rely on other energy sources when it’s cloudy and calm.

Europe’s windless summer of 2021 resulted in the continent turning to natural gas far more than expected, drawing down its supplies to critically low levels before winter even started – hence the spike in prices.

Europe Has a Problem… Here Is the Solution

But Russia’s invasion of Ukraine certainly isn’t helping Europe’s energy crisis. In fact, Europe gets almost half of its natural gas from Russia.

That means Russian President Vladimir Putin has the ability to turn the power off in countries across Europe.

That kind of makes it hard to take a tough stand against him in Ukraine, doesn’t it?

If only there were a solution that could…

Of course, there is such a solution…

While Fukushima, Chernobyl and Three Mile Island saw high-profile catastrophes, the reality is that nuclear energy has an excellent long-term safety record relative to other energy sources. 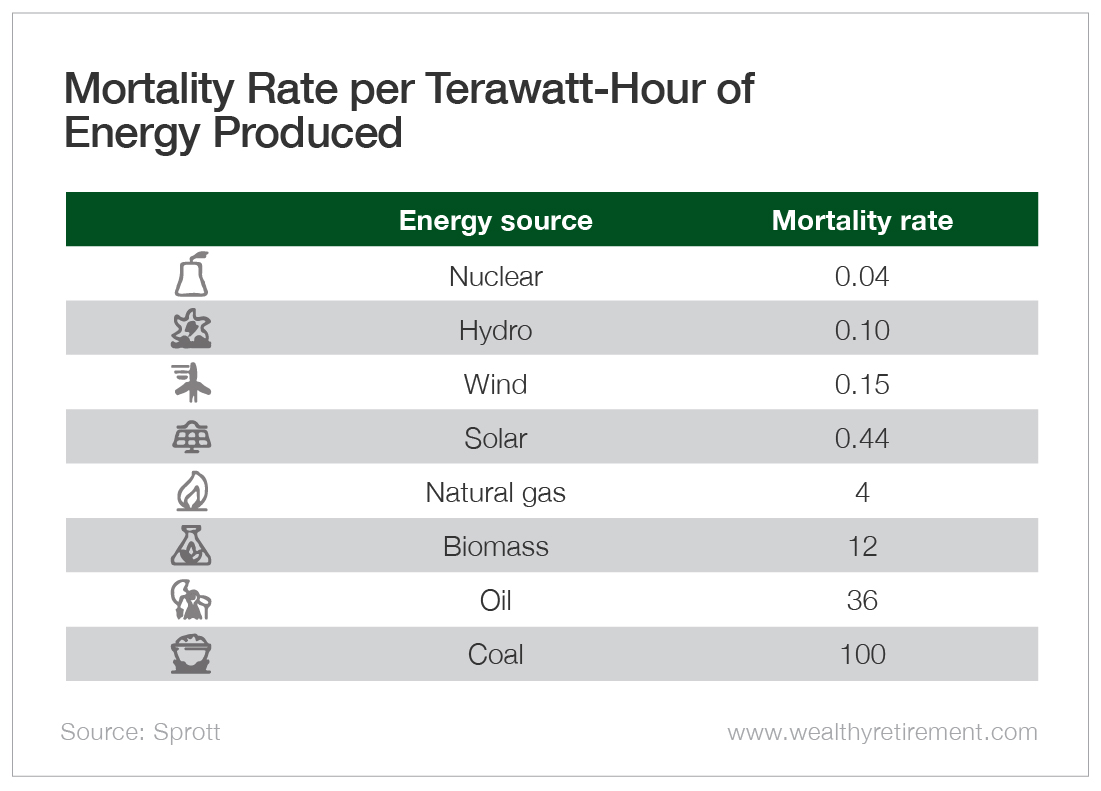 With respect to greenhouse gas emissions and reliability, nuclear energy is both the single cleanest and most reliable source of energy.

This is no secret, and it’s the reason there are 51 new nuclear reactors under construction across the globe.

When these new nuclear reactors are complete, they are going create an increase in demand for uranium.

And there’s so much more to this demand story than just the uranium projects already under construction.

China recently announced that it plans to build at least 150 new nuclear reactors in the next 15 years.

To put that in perspective, there are currently only 450 total nuclear reactors on the planet. By itself, China is going to take that number to 600.

China alone is going to build more nuclear reactors than the entire world has built in the past 35 years.

Obviously, that is very, very bullish for uranium demand.

What you as investor also need to understand is that the supply and demand fundamentals are already tight.

The new demand for uranium coming from all of these new reactors is going to require fresh uranium supply.

I’ve done quite a bit of research on this, and it’s pretty clear that the price of uranium required for the commissioning of these new projects will be at least $65 a pound and possibly up to $80 a pound.

If the price doesn’t get to that level, new projects can’t make any money.

And if the projects can’t make any money, they aren’t going to happen.

What we are looking at here is a case of simple economics at work.

With limited supply being exceeded by increasing demand, the price of uranium has to be pushed higher until it stimulates a supply response.

This is great news for the companies that are already profitable at $45 a pound and also for anyone holding physical uranium.

Rising uranium prices will do great things for the cash flows of the companies in the North Shore Global Uranium Mining ETF (NYSE: URNM) and for the value of the physical uranium that some of these companies hold.

I like that exchange-traded fund (ETF) for the long term.

This isn’t a trade that I expect to work out quickly.

Instead, I believe uranium is more apt to take a long, slow ride higher.

That’s perfect for me.

The long view is always my view.

This article was originally published by Wealthyretirement.com. Read the original article here.
Previous Post The Surprising Benefits (Freedom and Optimism) of Residential Mobility (Moving)
Next Post How Do I Rollover My 401k to Gold without Penalty?