Have a tech question that’s got you stumped? Send your tech questions to Techspert Jonathan using THIS FORM. He’ll be tackling one question a month from readers.

Typically, my Techspert column covers a single detailed tech topic derived from a question submitted by one of my readers. For this month, I will be doing something different by introducing TechByes. Instead of an article on a specific topic, I will answer multiple questions from multiple readers. Ready, set, go!

Switching from Windows/Android to Apple

Q1: I have been a Windows computer and Android phone user for many years. I consider changing to the Mac, iPad, and or iPhone option. What is the best way to approach such a change? Is this too steep of a learning curve for me? And lastly, where can I go for one-on-one help?

A1: It is a common belief that Apple devices are easier to use than Android or Windows devices, but it is debatable. For instance, switching from an Android smartphone or tablet to an iPhone or iPad has a smaller learning curve than going the other way around. However, the learning curve is steeper both ways when dealing with computers. I would propose a gradual switch starting with an iPad. Once you get used to it, you can move to an iPhone since it has a similar interface. I would switch computers last. Senior Planet offers multiple lectures that cover the use of both types of operating systems. Visit our classes at this link.

Q2: I have a PC in a bedroom where I use headsets while attending zoom. How can I participate in a zoom session such as a Zumba class from my larger TV screen in the living room instead? This way, both my husband and I will be able to see the larger screen and exercise in the larger space without headphones.

A2: If the PC in the bedroom is a laptop, you could move it to the living room and use an HDMI cable to connect your TV screen to your computer. Most computers and TVs have at least one HDMI port. Just look for a cable port marked HDMI. The connection is relatively straightforward once established. Both the computer display and audio will move to the TV. You can purchase an HDMI cable at Walmart, Amazon, or any electronic shop. However, always remember that the TV only shows what is happening on the computer. Therefore, if your computer camera is on, you might want to place the device in a strategic position to get a good angle that includes both you and your husband.

Q3: I have an HD television, but it is not a smart TV. I have WiFi in my home. I subscribe to Netflix and would like to stream programs on my television rather than on my laptop. Is there any equipment I can purchase that will allow me to do this, i.e., Roku, etc.? 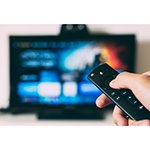 A3: Yes, Roku is an excellent example of a device you can purchase. It comes with a remote of its own. Once plugged into your TV, you can connect to Netflix and many other apps straight from your TV. Streaming devices usually link to your TV through the HDMI port. Therefore, make sure that your TV has an HDMI port before purchasing these devices.

What to do with all my CDs and Cassettes?

Q4: I want to learn what I can do about my CDs, LPs, and cassettes. It’s like I’ve been in a dream for the last decades, and I don’t know what my options are, which may also mean I may not be asking the right questions in the right way. The idea of “having” the music to choose from is exciting, but I’m not liking streaming. I don’t want to turn on my laptop or the cell phone that’s in a bag in a box in a drawer. I have a record player that can transfer the LPs and cassettes to CDs. Then play the CDs on my laptop as long as it still works (the new ones don’t have CD/DVD players, do they?). From the computer, transfer the songs to a flash drive? Mp3? – and what are they? So, I could have the music available to plug into a small device with speakers when I want to listen, kind of like mixed tapes. I want to downsize the bulk of the LPs and players and capture the cassette tunes before they dissolve. Can you advise me? Or where I could go to find out?

A4: The process you describe is very time-consuming and challenging. Plus, it keeps you living the same dream you mentioned earlier. Personally, I love LPs and would play them as long as I have a record player. However, for the CDs and cassettes, there is only one correct way to deal with them: discard them and join one of the music streaming services out there. For a minimal monthly fee and a lot less hassle and clutter, you will have access to millions of songs in high-quality sound and easily accessible – including the ones you have on those CDs and cassettes. Moreover, some of these services, like Spotify, offer free access to millions of songs. Senior Planet has an entire lecture on Spotify. You should attend the next one. Streaming songs is easier than you think.

Q5: I have a new computer and would like to become more familiar.

A5: The key to becoming more familiar with any technology is using it regularly. Senior Planet has multiple classes about the use of computers, from beginner level to advanced. You can find our upcoming courses here. 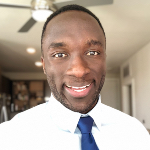 Techspert Jonathan is Senior Planet’s Sr. Digital Community Relations and Product Specialist and a former Senior Planet San Antonio technology trainer. He is also an iOS developer with a background in Information Systems and Cyber Security.

Jonathan, Senior Planet’s Techspert columnist, answers one of your questions every month… but for exclusive tech reports, talks, webinars and more, become a Senior Planet official Supporter. Learn more about becoming a Supporter and access to exclusive events and offerings here.

This article was originally published by Seniorplanet.org. Read the original article here.
Previous Post Top 3 Dividend Payers for Q1 Earnings Season
Next Post Are You Prepared for Cold War 2?