A Brutal Lesson in Valuation

Rivian makes eye-catching electric trucks, and investors were clamoring for the chance to own its shares.

Prior to Rivian’s IPO in October 2021, my advice was to avoid Rivian shares due to the company’s absurd initial valuation of $80 billion.

Now, that $80 billion number didn’t mean much until we looked at Rivian’s financial statements in its IPO filing… 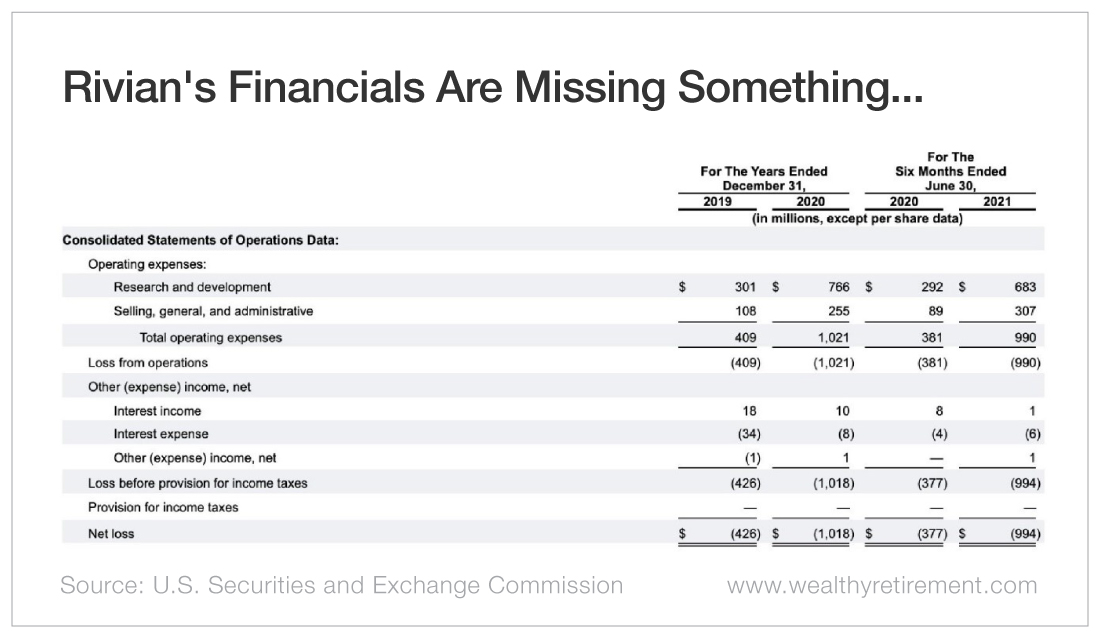 Those financials revealed not only that Rivian’s business was unprofitable but also that the company had never generated a nickel of revenue!

That meant investors who eagerly gobbled up Rivian’s shares upon its IPO were collectively paying $80 billion-plus for a company without a single sale.

That is why I called buying Rivian at IPO an act of speculation.

In fall 2021, nobody really knew if, when and to what degree Rivian would be able to turn a profit over time.

With a sky-high $80 billion valuation and no earnings or sales to underpin its stock price, Rivian was carrying massive downside risk.

And hapless Rivian investors are now finally realizing the downside of the stock as it materializes. 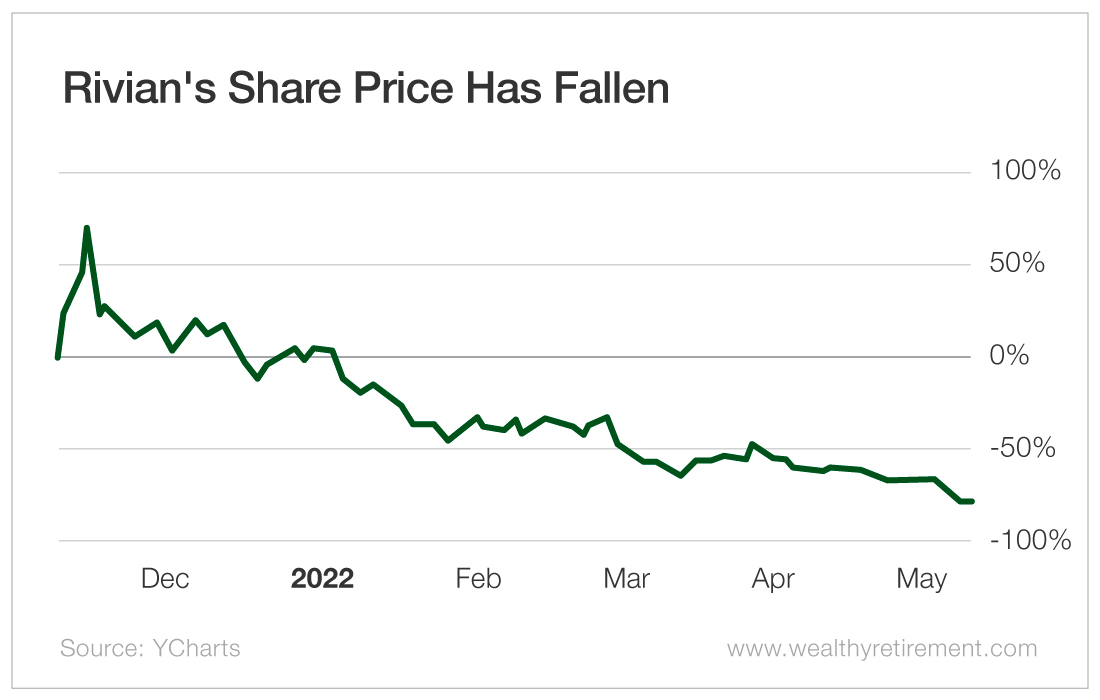 Rivian went public at $120 per share and enjoyed a brief pop on the back of investor frenzy for its “hot” stock.

Then, at first gradually and now rapidly, the gravitational pull of market valuation has dragged Rivian’s shares down to a more realistic price.

Investors who jumped on shares of Rivian at its IPO have now lost more than 75% of their initial investment.

Those who chased the stock up after Rivian’s hot IPO have lost even more.

It’s been a bloodbath.

In the fourth quarter of 2021, Rivian reported $54 million in revenue.

But don’t celebrate just yet…

Naturally, the hype around Rivian has since cooled and its shares are certainly much more appropriately valued today.

The market is valuing Rivian’s worth at only $3 billion, excluding the $18 billion in cash the company has in the bank. 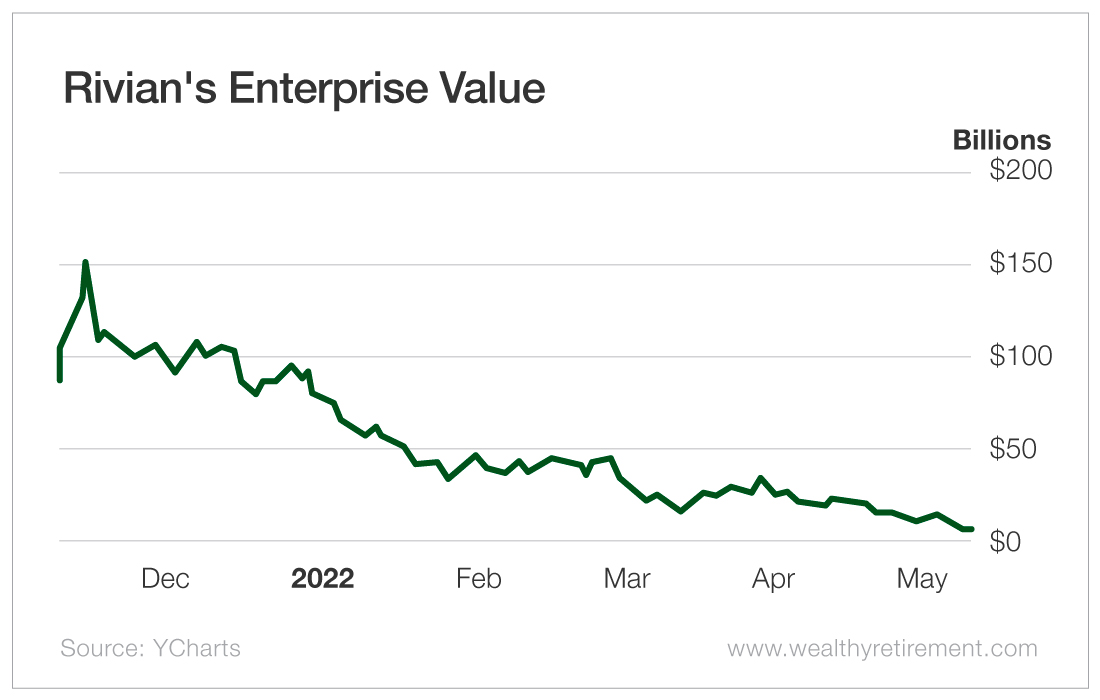 That’s much more realistic for a profitless company with interesting growth potential.

But even at this level, Rivian shares are not for me.

It’s because I have no idea how profitable this company will eventually be.

I don’t even know if Rivian will eventually be a business that generates a decent amount of earnings.

If I don’t know how to estimate how much money a company will make in the future, I don’t own its stock.

Successful investing is about being able to predict the future with some degree of accuracy.

To me, Rivian’s future is completely unpredictable.

Exactly When to Sell Your Stocks