The most important element to investing success is not stock-picking ability – it’s time. The longer you’re invested, the more money you will make.

A $10,000 investment in dividend growth stocks with a starting yield of 4%, dividend growth of 8% per year and price appreciation that rises in line with the historical average of the S&P 500 is worth $17,757 after five years. 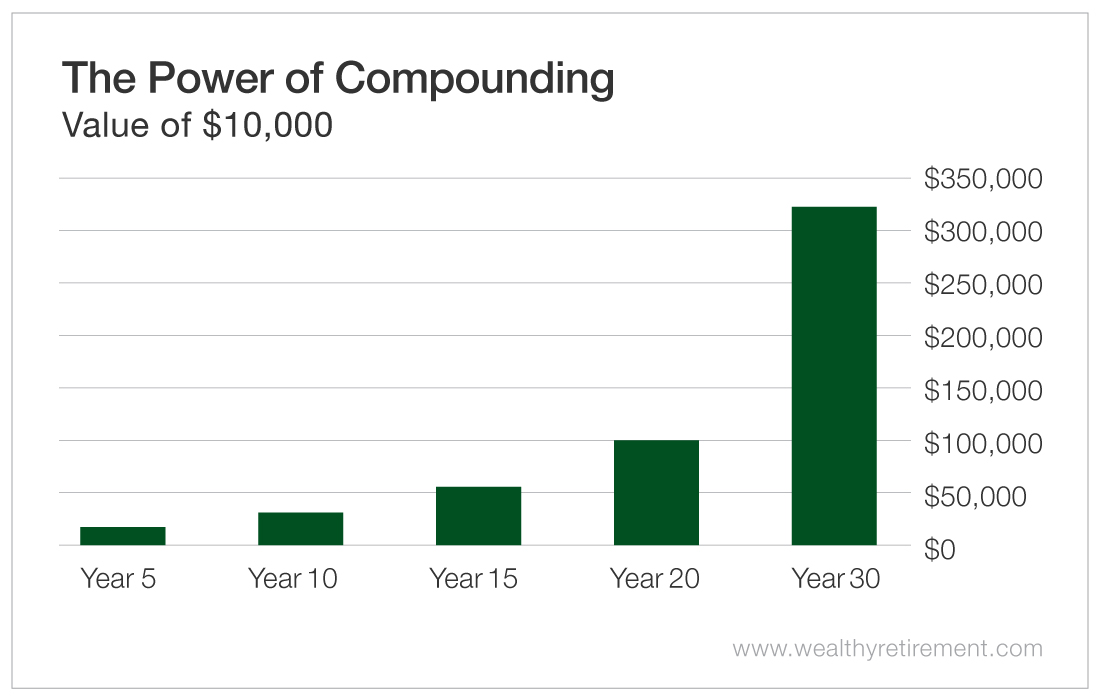 That’s the power of compounding and time.

Legendary investor and trader Jesse Livermore once remarked, “It was never my thinking that made the big money for me. It was always my sitting.”

In fact, a Fidelity study commissioned years ago looked at its accounts to see if it could identify common traits among its most successful investors. What it found was remarkable.

The best-performing accounts belonged to investors who were dead or had forgotten they had accounts.

Among the thousands of accounts that Fidelity looked at, the ones that just sat there – that weren’t touched – had the best results.

The biggest favor you can do for yourself as an investor is to put money into stocks and then do very little or nothing for as long as possible.

And if you want to leave a legacy for your children or grandchildren, do the same for them.

Can you imagine how you’ll be remembered if your grandchild has an account that you set up 40 years prior and that money, which may not have been much when you funded it, can now help them buy a house, fund their child’s education or even set up the next generation the way you did?

They say, in life, timing is everything.

But in the market, what’s more important is time. Regardless of how tough the markets are right now, give yourself and your family the gift of time for your investments to grow.

Exactly When to Sell Your Stocks