Latest:
An Audit! What To Do if the IRS Contacts You Elderly Fall Prevention and Common Causes 10 Unconventional Ways to Save Money on The Heating Bill Cathie Wood’s Biggest Downfall

Barb Schaller is a renowned canner. Her jams and pickles have won ribbons at the State Fair for 39 years––and 175 of those ribbons have been blue. Her discovery of her sweet talent, though, could almost be called accidental. 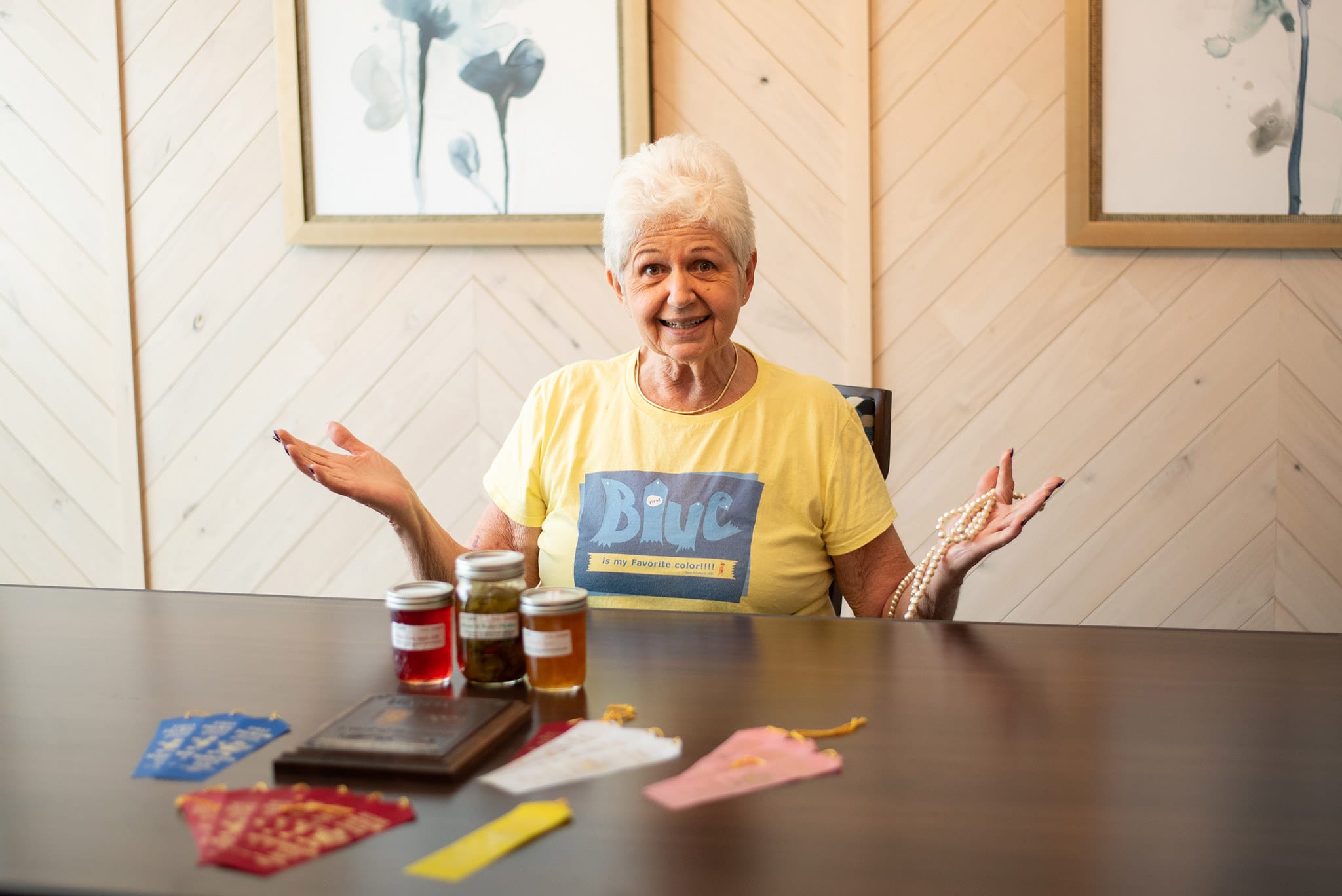 It all began with a plum tree, planted on top of the hill in Barb’s backyard. When she and her husband, Rob, moved to Burnsville, the tree was a gift from Barb’s mother. The tree started bearing fruit, and plums dropped to the ground and rotted. Barb didn’t have any use for them… yet. Frustrated when he had to mow around piles of fruit, Rob offered his wife a choice: do something with the plums or get rid of the tree. For about five years, Barb moved the rotten plums from the grass to the trash––until her neighbor suggested making jelly.

So she started canning jellies, jams, dill pickles, and more. And then in 1981, Barb entered one jar of pickles at the Minnesota State Fair. They won fourth place. In 1983, she entered four jars: two kinds of dill pickles, one corn relish, and one plum jelly. Her entries won fourth place, fifth place, and two blue ribbons. She’s entered every year since (and won at least one blue ribbon), except 2020, when she and Rob moved to Havenwood of Burnsville.

Barb has talked about canning, ribbons, and the fair on most local media outlets. When the Gedney Company released a line of blue-ribbon products, they used Barb’s recipes for pickles, peach-raspberry jam, and cherry jam. For ten years, her jams were sold in local supermarkets, and she even sang in the commercial for her own peach-raspberry jam. Her face was on a billboard, and her story was featured in Saveur Magazine. She’s been awarded the State Fair’s Prestigious Processor of the Pantry award, the Fair’s recognition of its most successful canning competitor. She’s won the award ten times (seven more times than anyone else).

After all these years and awards, Barb’s never done what she does for money or fame. “There’s not much money involved,” she explained. “I really just do it for fun.” Barb usually donates her extra jars to the State Fair Foundation. A week before the fair, the Foundation hosts a live auction with baskets of food entries. (It’s common for bidding wars to start over Barb’s baskets.) All the proceeds go back to the Fair, providing improvements to the fairgrounds.

Since moving to Havenwood of Burnsville, Barb has been able to keep up important parts of her life. “We chose to move during the pandemic. We watched this community being built, so when it was time, we decided to move forward,” she said. “Burnsville is home. We still go to the same dentist, doctor, and church. The same worker still helps me with my produce at the store.” She’s also been able to keep canning.

At the state fair this year, Barb’s peach jam, bread and butter pickles, and crab apple jelly won blue ribbons. Her blackberry, cherry, and strawberry jelly; fruit and wine jam; and dill pickles earned second place. Coming in third place: strawberry jam, plum jelly, and tomatoes. She also claimed second place in the Canning with Mrs. Wages jam contest and won the Fair’s title of Prestigious Processor of the Pantry. “There’s nothing like success to encourage a person,” she said with a smile. “The opportunities I’ve had have been the most rewarding part. I’ve just had too much legal fun for a woman my age.”

This article was originally published by Walkermethodist.org. Read the original article here.
Previous Post Get Ahead With Asymmetric Investments
Next Post Are Alternative Investments a Good Idea for Your Retirement?

A Word to the Wise

How Much Sleep Should an Older Adult Get?