This Star Hedge Fund Manager Has Done It Again

In less than a year, he’s turned another modest investment into a billion-dollar-plus profit.

In March 2020, I reported that Ackman had just completed the trade of the century.

I meant it too.

On March 3, 2020, Ackman told investors in his publicly traded Pershing Square Holdings (OTC: PSHZF) that he was worried about the potential economic impact of the coronavirus.

To protect Pershing Square, Ackman aggressively “hedged” his portfolio against a market crash.

Just 20 days later, on March 25, Ackman updated his investors on the fact that he had closed out his hedge with an astounding profit…

He cashed in a $27 million investment less than a month later for net proceeds of $2.1 billion.

Ackman generated a profit of more than $2 billion in less than a month while risking just $27 million of Pershing Square Holdings’ portfolio.

Now we have just learned about Ackman’s latest insane profit…

At the beginning of 2021, Ackman disclosed that he had purchased $127 million worth of interest rate swap options (“swaptions”) for Pershing Square Holdings.

It was another hedge, just like the one he put in place before the COVID-19-induced market crash in March 2020.

This time, the hedge was positioned to profit if interest rates went up.

The trade was made before inflation started ramping up, and at that point in time, you weren’t hearing many people (other than our Chief Income Strategist Marc Lichtenfeld) warning about interest rates rising.

It was a low-risk, high-reward play, just like his COVID-19 hedge. And once again, Ackman turned a small investment into a massive profit.

In a letter to Pershing Square Holdings investors written on January 26, 2022, Ackman revealed that he had just cashed in 80% of the interest rate hedge for $1.25 billion in proceeds.

On his 2020 hedge, Ackman made almost 80 times his money and more than $2 billion in less than a month.

That was the trade of the century.

This time, he made “only” about 10 times his money – a cool $1 billion in slightly less than a year.

I guess this one will be only the trade of the decade.

Ackman Has Put His Billion-Dollar Profit Into This One Stock!

Ackman has been a great stock picker for two decades now.

That’s why, in March 2020, I called the chance to buy shares of Pershing Square at $18 – an astounding 36% discount to net asset value – an incredible opportunity.

Since then, Pershing Square shares have doubled to the mid-$30s. 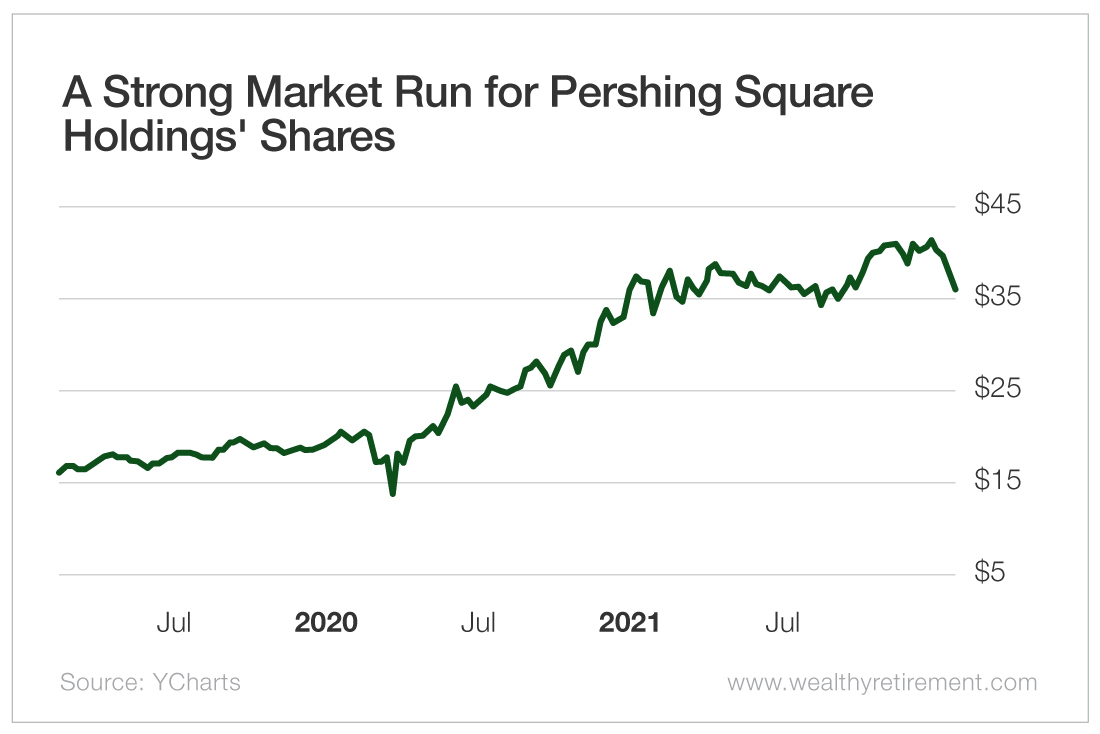 Now, just like he did with his $2 billion windfall in 2020, Ackman is reinvesting his latest hedge profit into something else… 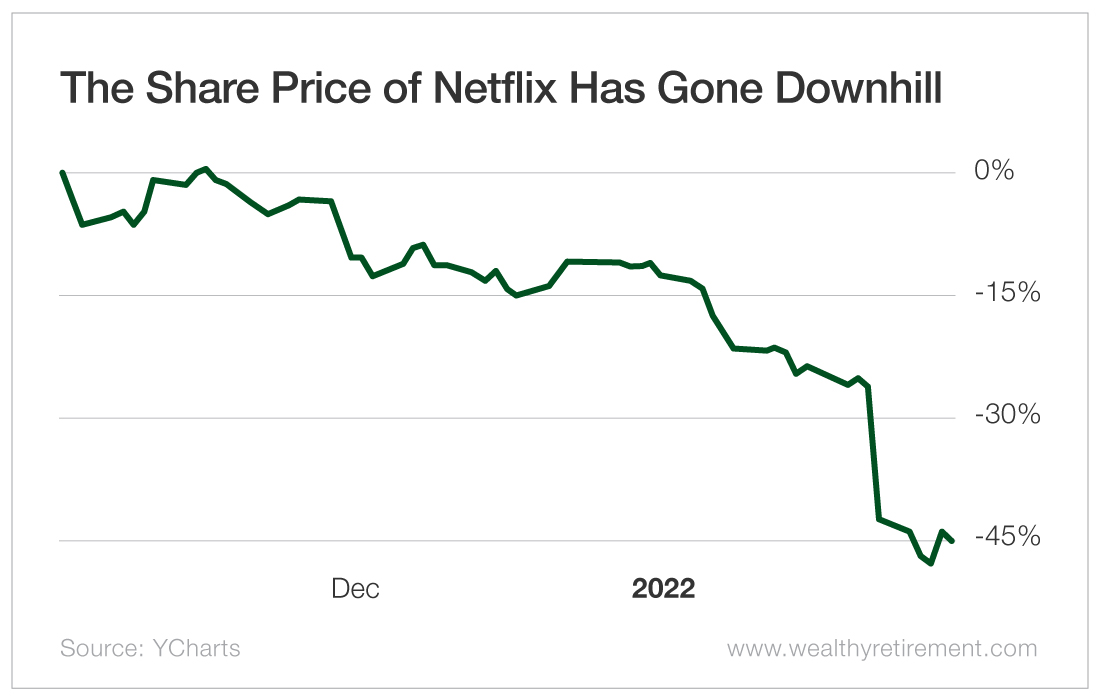 Netflix is one of the great stock market stories of the century, but in the last three months, the stock has been cut almost in half.

Ackman views this share price decline as an opportunity to buy a great company at a good, if not great, entry price.

But I’d still much rather buy shares of Pershing Square Holdings, which give us full access to Ackman’s investing ability.

Even better, in the mid-$30s, Pershing Square Holdings still trades at a 26% discount to the nearly $50 per share worth of diversified securities that it owns.

That means we pay $0.74 on the dollar to let this incredible investor manage our money for us. How’s that for a bargain?

This article was originally published by Wealthyretirement.com. Read the original article here.
Previous Post KHN: Pandemic-Fueled Shortages of Home Health Workers Strand Patients Without Necessary Care
Next Post Can You Do Better than Average on this Quiz of Your Retirement Financial Literacy?