Should You Buy the Dip in Russian Stocks? 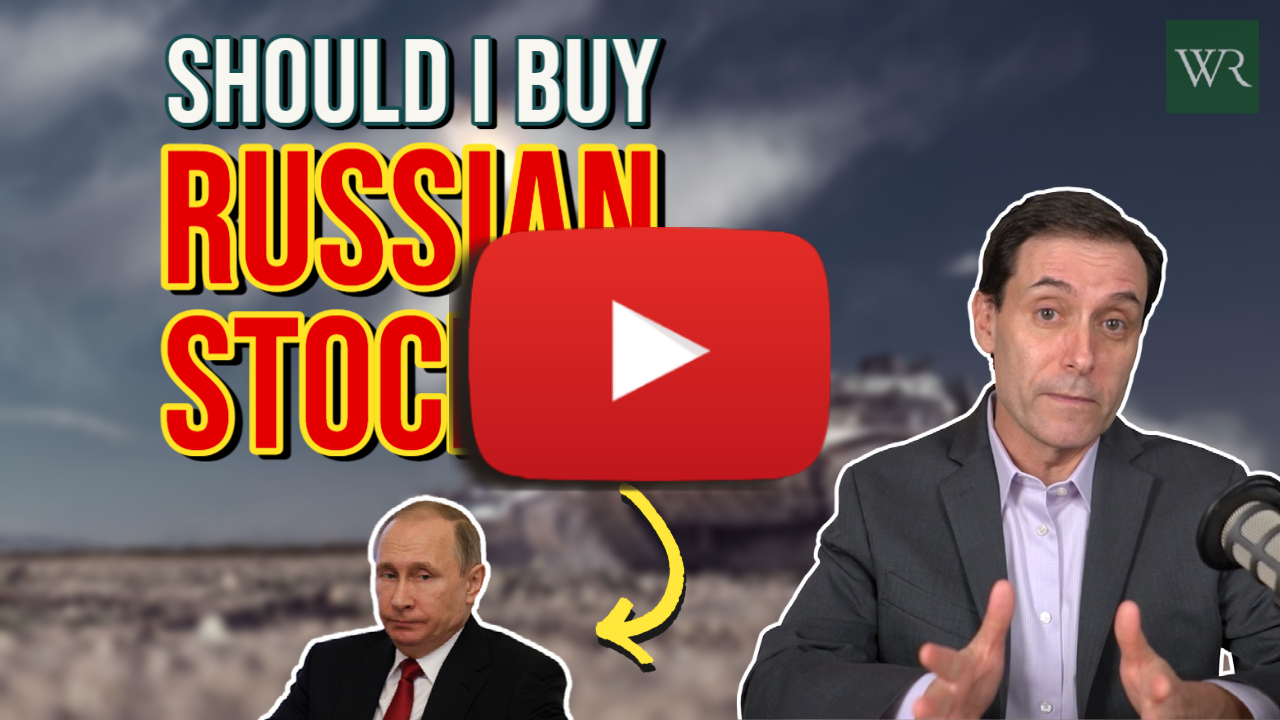 Some have said war sells. But when it comes to Russia, nobody’s buying.

In this week’s State of the Market, Chief Income Strategist Marc Lichtenfeld takes a sober look at the financial prospects of Russia and its people… 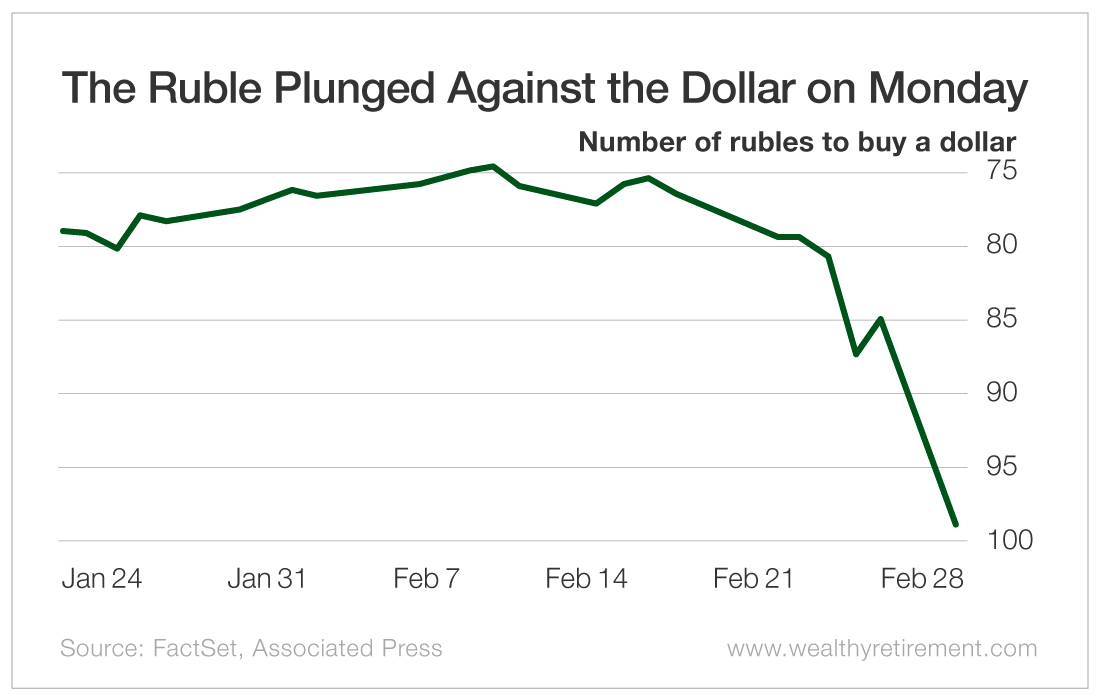 After Russian President Vladimir Putin launched a thinly veiled blitz of Ukraine last week, the Russian ruble has tanked to less than a U.S. cent under the weight of increasing international sanctions and condemnation against Russia.

Furthermore, the effects of these sanctions are seeping into our own cultural institutions. Russian oligarch Vladimir Potanin, for example, was forced to step down as Guggenheim trustee of Manhattan’s famous Guggenheim Museum.

Across the board, the democratic world is putting its foot down on Russian aggression. And these sanctions, applied to the scope of Russia’s massive market, are unprecedented.

It all begs the question…

Should you buy this dip in Russian stocks and expect a rebound once peace resumes in Eastern Europe?

Marc, temporarily setting aside his ethical concerns to answer your financial questions as objectively and dutifully as possible, wants it to be clear that when Russian stocks bottom out, they will be in for a “violent bounce.”

This article was originally published by Wealthyretirement.com. Read the original article here.
Previous Post Should I Convert My 401k to Gold?
Next Post National Gallery of Art & Sculpture Garden