The beautiful chart below depicts the incredible revenue growth that Twitter (NYSE: TWTR) has posted since it went public in 2013 through the end of 2021. 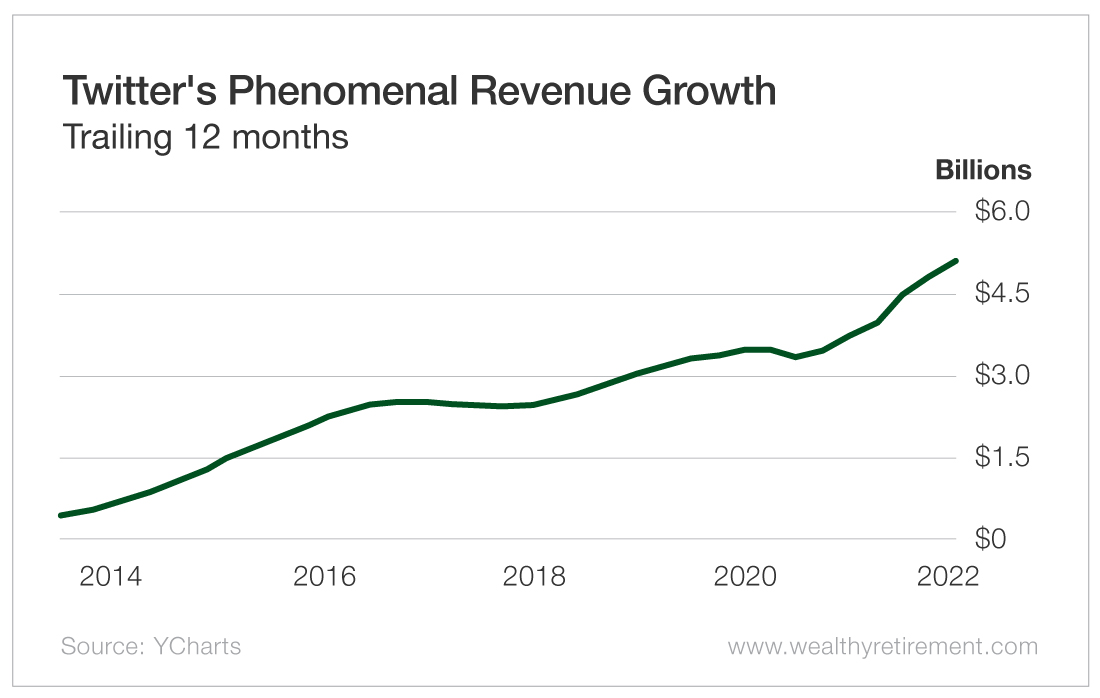 Twitter’s annual revenue run rate blasted off tenfold from around $400 million in 2013 to more than $5 billion at the end of 2021.

While Twitter’s revenue growth is a thing of beauty, its share price has struggled since 2013.

Despite revenues increasing tenfold, Twitter’s share price has declined since it went public. 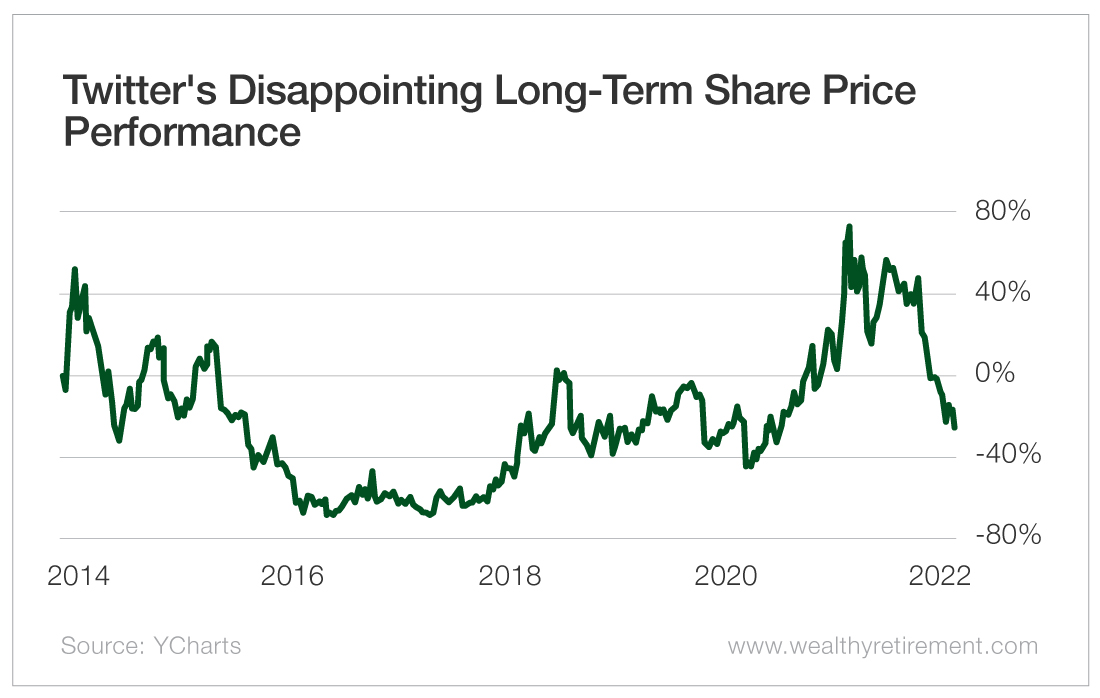 Anyone who got in on the ground floor when Twitter went public in 2013 is down 26% on their initial investment. Ouch.

When I stack Twitter’s stock performance up against the S&P 500 for the same time period, it looks even worse. 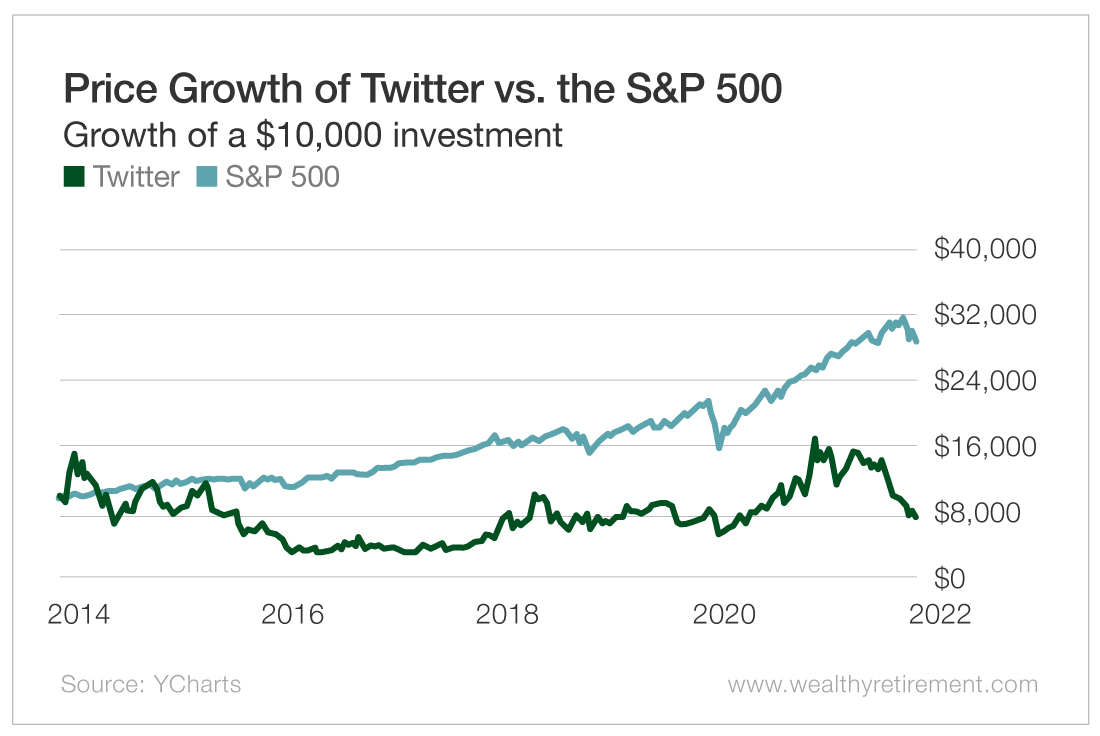 Hmm… Isn’t that something?

There aren’t many companies that have grown as fast as Twitter over this time, yet Twitter’s share price has underperformed…

There’s a lesson to be taken from this.

When Twitter went public in November 2013, the company was valued at a wildly rich 40 times sales. 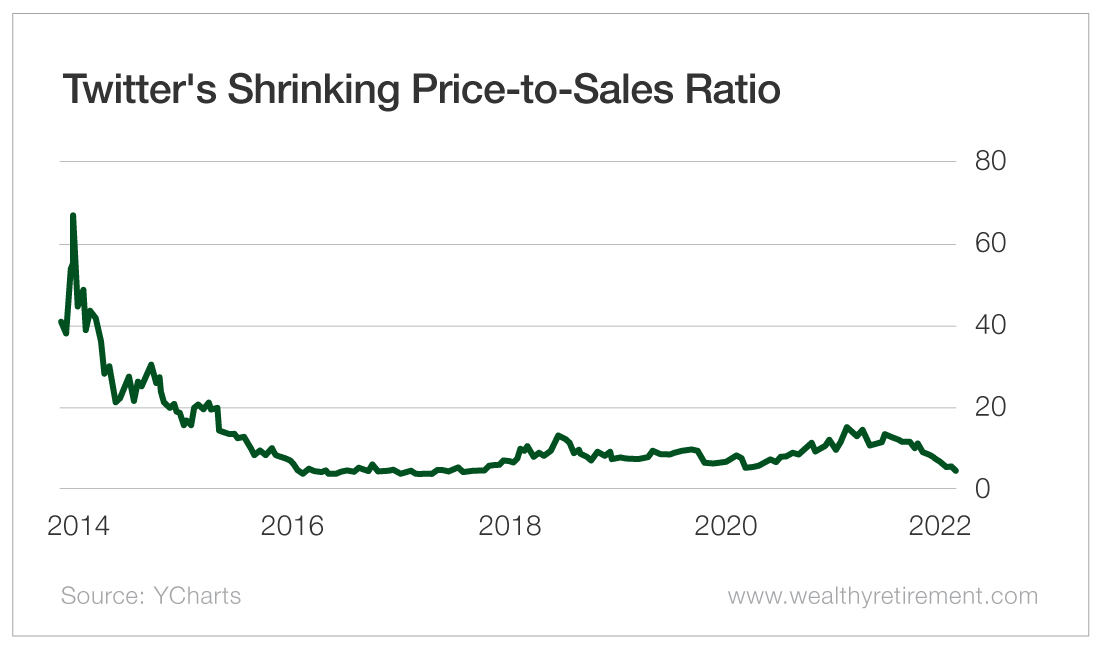 As you can see in the chart above, back when Twitter went public was a bad time to buy.

Investors paying 40 times sales for Twitter in 2013 were betting on the company achieving astounding things in the years ahead.

That is why, despite growing revenue more than tenfold, Twitter hasn’t seen its share price go anywhere.

Investor expectations in 2013 were pricing in a more than tenfold increase in revenue over the next decade.

Now, as Twitter’s revenue has grown and the company’s stock price has gone nowhere, the company’s valuation looks a lot more reasonable.

I have spilled a lot of ink over the past year warning about a crash in stocks with frothy valuations, and now my prediction has come true: Growth stocks have crashed.

Not only is Twitter down more than 50% from last year, but Meta Platforms (Nasdaq: FB), Shopify (NYSE: SHOP), PayPal (Nasdaq: PYPL) and so many more growth companies have been taken out to the woodshed. 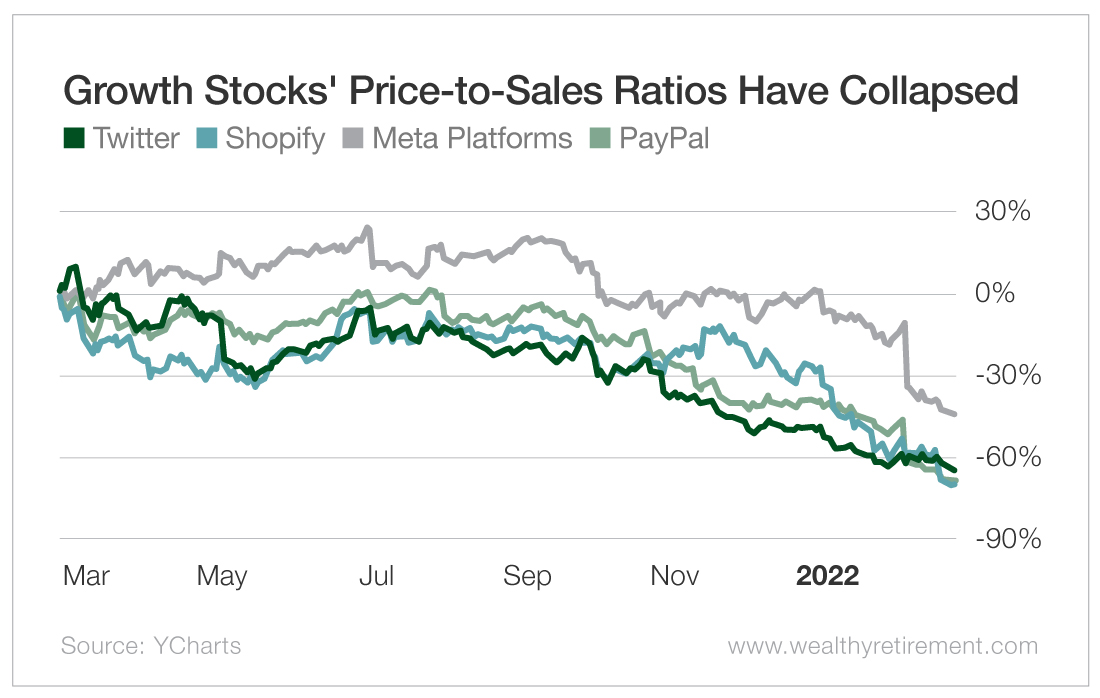 Twitter’s stock performance since 2013 shows us that valuation matters.

With this crash, the value among growth companies is more tantalizing than it has been in a long time.

They aren’t no-brainer buys yet. But they’re certainly getting there.